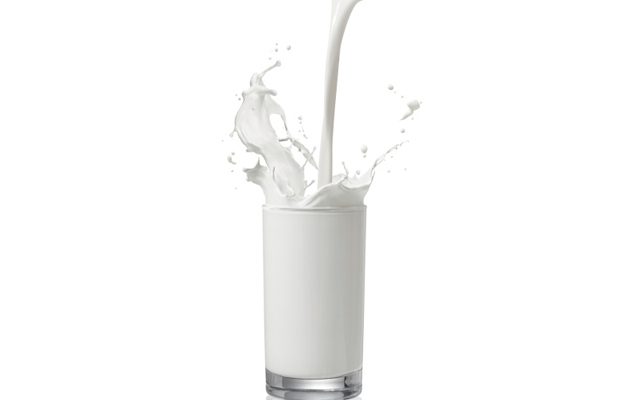 Have you been drinking cow’s milk your entire life because you thought that it is healthy for your body? That’s understandable considering cow’s milk and dairy is part of the U.S. Department of Agriculture’s Food Pyramid and Canada’s Food Guide.

Recently, I explained why you should avoid drinking milk altogether (cow’s milk is very processed and contains antibiotics and genetically engineered bovine growth hormones, and you can read some other scary facts here).

Goat’s milk is a dairy product containing lactose, although less than the amount found in cow’s milk which means some lactose intolerant people can consume goat dairy products. Cow milk allergies are likely caused by the specific protein casein and since goat’s milk only contains trace amounts of alpha-s1-casein protein, many people can tolerate goat’s milk, one of the beneficial milk alternatives.

Goat’s milk contains 327.7 mg of calcium per cup compared to about 300 mg for cow’s milk. The calcium in goat’s milk can benefit your bone health because the calcium can be completely absorbed due to the phosphorus-calcium ratio balance and the smaller lactose molecules.

It is true that goat’s milk contains many important nutrients, but it lacks the proper balance of nutrients needed for growing infants. It is best to consult a pediatrician or healthcare practitioner for solutions to get the missing nutrients.

Is sheep’s milk good or baaaaaa-d? Sheep’s milk is one of the milk alternatives people turn to because it can contain up to double the phosphorus, calcium, zinc, and B vitamins than cow’s milk or goat’s milk. Sheep’s milk is also high in iodine, which can help people with thyroid issues. Sheep’s milk and goat’s milk are similar because both contain small fat globules that the body can easily digest.

Sheep’s milk contains the same amount of lactose as cow’s milk. Sheep’s milk isn’t a great alternative if you are lactose intolerant, but you could eat sheep’s milk yogurt because the lactose is converted into lactic acid. It is known to contain more calories and double the fat of cow’s milk, which might be a problem for people trying to lose weight. It also contains about two percent more protein than cow’s milk or goat’s milk.

Sheep’s milk can also be more expensive and rather difficult to find than other milk alternatives. It is also not the best choice for babies.

If you want to avoid animal milk altogether, I would recommend almond milk—although it isn’t perfect. When you purchase milk alternatives at your grocery store or natural health store, they may still contain the natural seaweed-based additive, carrageenan, which is a possible human carcinogen known to cause digestive issues and inflammation.

Packaged almond milks will still contain a lot of sugar and sweeteners.  Your best option to eliminate any problem associated with store-bought almond milk is to simply create your own. I realize that making almond milk can be a daunting task for some people, but it’s actually easy and you can control how sweet you make it. Combine one cup of almonds, four cups of water, a pinch of sea salt, and your desired sweetener (such as three pitted dates or a tablespoon of honey) into a blender. It is a good idea to soak your almonds overnight. Blend on high for two minutes, then strain with a cheesecloth-lined strainer into a large bowl. You can refrigerate your homemade almond milk in a glass jar for up to three days. It makes for a good vegan option.

So, are goat’s milk, sheep’s milk, or almond milk good milk alternatives to cow’s milk? It depends on you. Use your judgment and if your body can tolerate goat and sheep’s milk, I recommend purchasing the organic and raw variety. And if you make your own almond milk, that is truly one of your healthy foods.