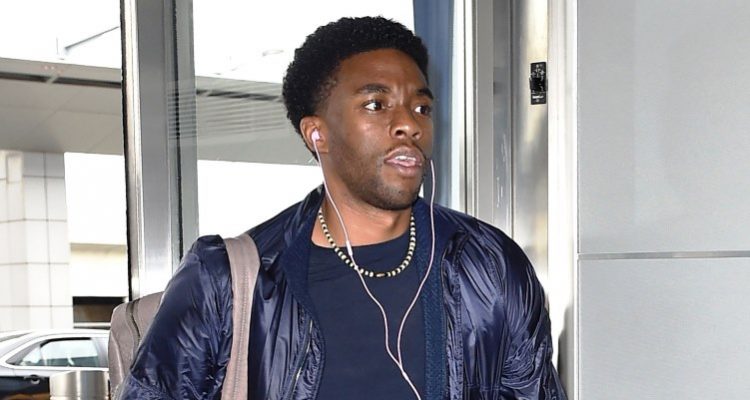 Chadwick Boseman, who plays Black panther, filming for Captain America in Berlin on the Roof. Boseman even did his own Stunts! 08/12/2015. Credit: Splash News.

It’s safe to say that Chadwick Boseman’s workout routine to prep for his role in Captain America: Civil War was grueling and intense.

But it had to be because he was playing a superhero: Marvel’s Black Panther. So what exactly made up the Black Panther workout plan?

One only fit for a king—the King of Wakanda. (Full nerdly disclosure: the Black Panther is a rank of office; he’s the leader of the Panther tribe in the fictional African nation of Wakanda.)

Black Panther, a.k.a.T’Challa, is as in-shape as a superhero is expected to be, so Chadwick Boseman’s training for the Black Panther role was a big deal, especially since the character is known for his mysterious fighting abilities (i.e., exceptional martial arts skills) and Wakandan technological superiority.

A human actor recreatingthe superhuman abilities of a fictional character is a tall order for anyone to take on, and superhero suits in movies haven’t historically been known to be comfortable. Boseman says he felt hot and claustrophobic at first, but got used to it and was able to work his way through it.

And at least the shoes were comfortable, so that’s something. Still, to withstand the rigors of the suit, Boseman had to be in shape. 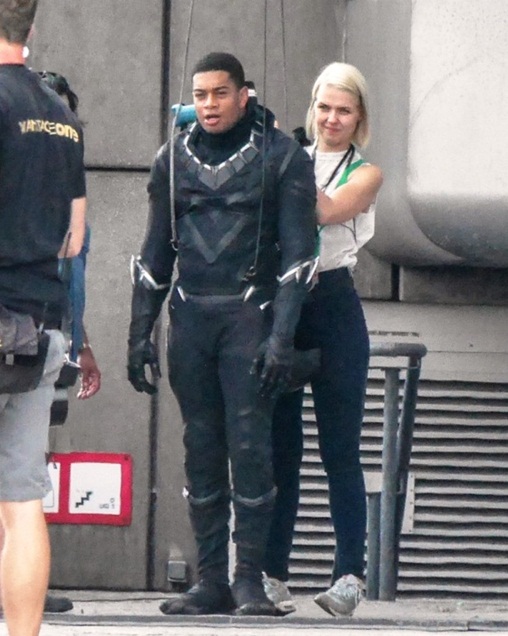 Chadwick Boseman, who plays Black panther, filming for Captain America in Berlin on the Roof. Boseman even did his own Stunts! 08/12/2015. Credit: Splash News.

Chadwick Boseman on Working Out for Black Panther

Fans responded quite favorably to the Black Panther. Boseman brought a fierce intensity to the character, and his combat scenes looked effortless.

That level of physical finesse only comes from hard training. Boseman was in excellent shape even before he got the superhero role, but to prep for a superhero’s body, he needed to take his training to another level.

Boseman took the role so seriously that he started training as far back as November 2014; it can take actors months, if not years, to transform their bodies from regular guy to superhero. He’s been pretty tight-lipped about what exercises he did to achieve the phenomenal body he had for the role, so the folks at Darebee took a stab at it and came up with the workout routinehe might have done. And it’s intense.

Squats and plyometric push-upsare on the hit list of targeted exercises. Squats are considered by many fitness aficionadosto be the best overall exercise for a total body workout, especially if you add weights. Other exercises include mountain climbers, side plank crunches, push-ups, elbow plank twists, and body saws, all of which are done using only your body weight. Try them out for yourself and see what results you get!