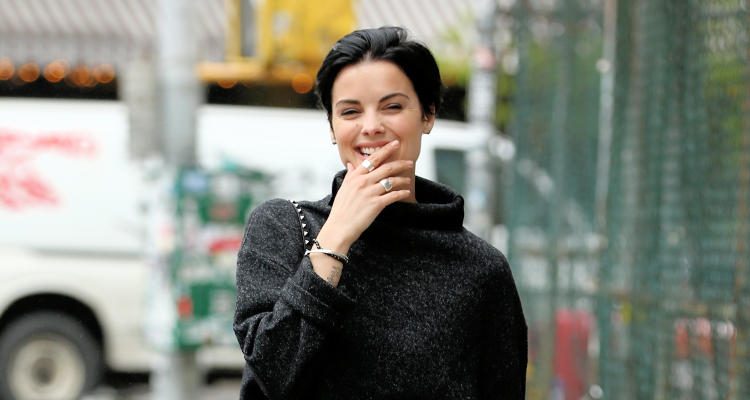 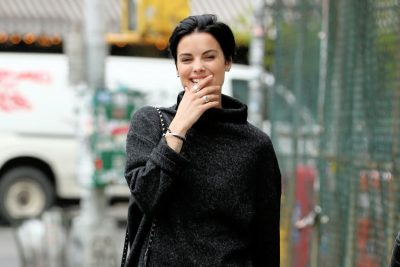 Blindspot season 2 premiered this past week, and Jamie Alexander’s character hasn’t caught much of a break since the series left off last season. This season proves to be just as action packed, and is filled with just as many stunts as least season, which means Alexander will have to fuel up accordingly.

That’s why the actor can often be found cooking fresh food on the set of Blindspot. This week, she posted a picture of herself making split pea, kale, and dulse soup to Instagram.

Alexander, 31, also posted a picture of a restaurant, Sandy’s in Vermont, that she frequently visits. The actor works long days when filming for the show, with very little downtime. She says she works such long days that stopping to eat doesn’t really happen, so she has to make sure she has healthy, but filling, snacks.

The fit star says she needs foods she can grab on the run that will keep her full and fueled. Sometimes she does find the time to prepare food on set, probably with a slow cooker, much like the one she used to make her split pea soup.

Missing this wonderful place and all the amazing people I met ? ? #Sandys #Vermont #daydreaming

Alexander has a secret weapon that helps keep her on track in regards to eating healthy and regularly: her friend and stunt double Ky Furneaux. The two have been friends for over ten years and currently live together while they film in New York.

Ky makes extra food for Alexander whenever she prepares a dish. Balance is the key to her diet and eating plan, and Alexander refuses to deny herself a treat, like a fresh chocolate chip cookie. Healthy eating, she says, needs to be about lifestyle and not become a dreaded chore.

Below is a list of the foods Alexander reportedly consumes in a day:

Below is a recipe similar to the soup Alexander made on set a few days ago. Just add some dulse to round it out!

Heat the olive oil in a soup pot over medium heat, then add the onions and carrots, and cook until soft. Add the split peas, water, and broth. Cover the pot and cook for about 20 minutes, which is when you will add the kale. Cover and cook for another 15 minutes. Season with salt and pepper.