Home > Food News > BPA Is Still in Your Canned Food—But Do You Need to Worry? 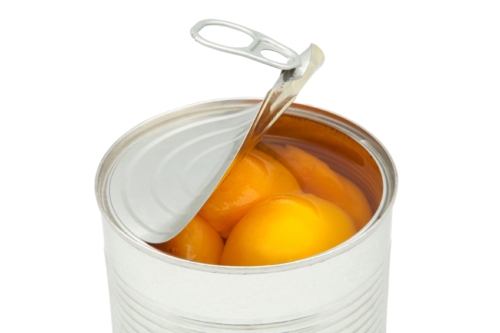 A group called Environmental Defense has started to make noise and draw attention to findings that many canned products, including those from companies like Campbell’s or General Mills, frequently contain the chemical bisphenol A (BPA) in their linings.

Environmental Defense believes that this is a problem since it shows that some companies who pledged to reduce or stop the use of BPA are not doing so fast enough and that BPA can linings pose a health risk. Unfortunately, while the report’s findings of BPA can linings is likely accurate, the alleged risk to consumers is not.

On its face, this does seem like a serious problem. Canned goods are fairly ubiquitous in the market and there is no way to tell by examining a can that it is BPA-free or not, save for the small number that label themselves as such. The problem is that while Environmental Defense is correct in that these can linings probably contain BPA, and that BPA can be dangerous, they fail to understand that the two do not automatically add up to a consumer risk.

Environmental Defense cites several animal studies in support of its belief that the BPA in cans is a health risk. Generally speaking, these studies do show an effect on lab mice mostly related to exposure in the womb or shortly after birth with an emphasis on possible interactions with abnormal mammary development. Troubling? Yes. But animal studies are only one part of the picture.

Humans do not respond the same way to chemicals that animals do and while mouse studies are important, it is a bad idea to base safety claims on them when more relevant information is available. The FDA, fortunately, has given this situation more thought. In response to past concerns about BPA, the FDA has done numerous, rigorous studies and come up with a much clearer idea of how the BPA in can linings affects (or doesn’t affect) humans.

When dealing with health effects or risks it is very important to remember that the dose makes the poison and that animal studies, while useful, do not always translate to human impact. Science is a gradual process that builds up more rigorous and human-relevant studies until a more accurate picture can be established. Although Environmental Defense is able to cherry pick its findings, the FDA’s more pertinent and human-relevant research speaks for itself.

Incidentally, although Health Canada has banned BPA in certain infant products, the agency itself admits that this is only done out of an abundance of caution and that BPA from food packaging is still not expected to pose a health risk to the public, including newborns or infants.