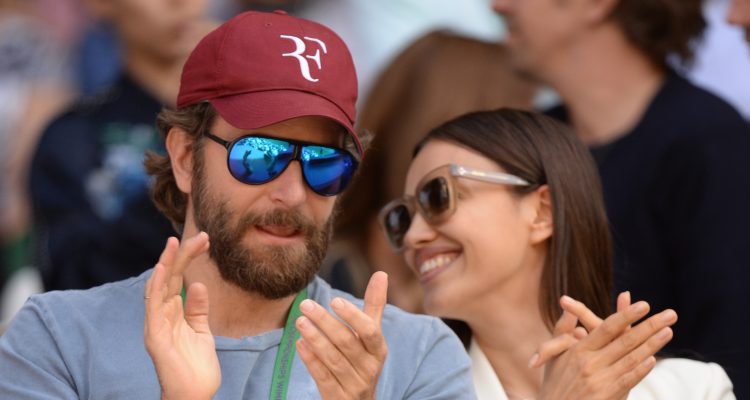 Blue-eyed, six-foot-one Bradley Cooper is one of Hollywood’s top actors. In 2015, he became the 10th actor in Oscars history to win more than three nominations back-to-back yearly. With his chiseled body and killer looks, he was named the Sexiest Man Alive by People magazine in 2011.

The Hangover star managed to woo the Russian bombshell, Irina Shayk. The couple will soon have a baby together as a pregnant Irina Shayk is evidently out and about the LA streets with a baby bump. But of late, rumors are flying high of the duo’s alleged breakup. Cooper and Shayk welcomed in the New Year separately, and this further fueled the breakup rumors.

Bradley Cooper was photographed taking an early morning jog with his personal trainer, Jason Walsh in Santa Monica where the actor celebrated his New Year Eve. It seems as though Cooper is trying to cope with the alleged breakup stress through exercise. The A-list actor puts in sincere efforts to maintain his fit body, and at 42, Bradley Cooper engages in diverse hardcore workouts in addition to jogging.

The Limitless actor prefers a lean, toned body rather than a bulky one. He is very earnest with his workout routine. He follows a workout program called the 3-2-1 Training Method to get that perfectly shaped body.

While doing this workout, make sure that the time spent in doing the exercise is consistent, without any breaks. However, you have option to reduce the time from ten minutes to six, five, or even four minutes (or whatever you can comfortably perform).

Bradley Cooper maintains his perfect body with a protein-rich diet. His daily meal is divided into five small portions, which mostly consists of high-fiber and protein-rich foods. Cooper consumes a minimum of 2,100 calories per day.

Cooper’s diet includes lean protein like chicken, eggs, turkey, and red meat which aids in muscle building. He also drinks a lot of smoothies and fresh fruit juices for further nourishment. In addition to this healthy menu, he also consumes supplements of whey protein.

Bradley Cooper stays away from processed foods and keeps a check on his salt, flour, and sugar intakes. He doesn’t drink alcohol and highly-caffeinated beverages like tea and coffee.