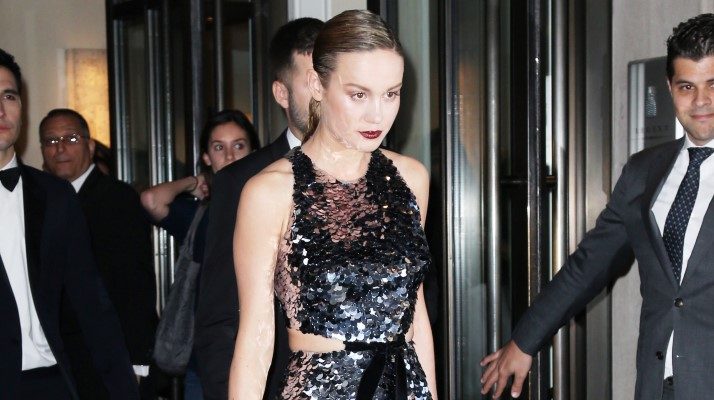 Brie Larson had gained around 15 pounds for her role in Room for which she won Oscar. Now in 2017’s release Kong: Skull Island she has managed to lose all that weight and look her normal self.

She could not have done this without the help of a trainer and nutritionist. It turns out that the Oscar-winning actress learned a lot about strength—both mental and physical—while prepping for the role.

When asked about her fitness routine and body transformation, Larson described working with an “incredible” trainer every day. Larson did a lot of strength training and she lifted extremely heavy weights over her head.

Essentially, she was dead lifting every day and says that this alone created a noticeable mental change in her.

In addition to working out every day, Larson teamed up with celebrity nutritionist Dr. Philip Goglia, who spoke with People magazine about the diet routine the actress followed. Before those morning workouts, Larson consumed a tablespoon of almond butter and a tablespoon of all-fruit jam or preserve.

Why peanut butter and jelly? Well, Goglia explained that recent science proves a small amount of fat and simple sugar in the morning increases your intensity rate and allows you to train while still burning fat. It’s kind of like fueling an engine, and that engine is your metabolism.

After a workout, Larson had a protein shake with almond butter and fruit or an egg. To stay full until lunch and maintain her energy level, Larson had a piece of fruit as a snack.

Goglia suggests reducing the amount of sugar you eat later in the day, so an example of an afternoon snack is vegetables with some almonds.

This is important as building muscle requires adequate amounts of recovery time, especially during sleep.