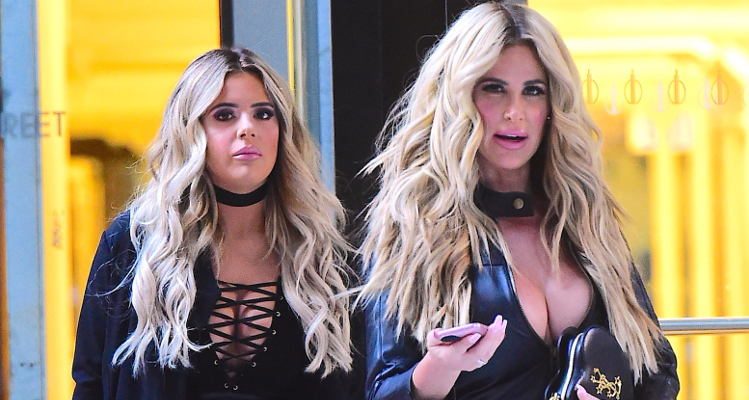 Brielle Biermann, Kim Zolciak’s daughter, showed off her bikini body on Instagram. The reality star showed off two different bikinis – one black one orange – which revealed her tiny waist. Biermann follows a moderate eating plan that still allows her to eat some of her favorite foods. Let’s take a closer look at some other fitness and diet secrets of Biermann’s to uncover how she manages to stay so fit.

In one of Biermann’s posts, the reality star shows off her 310 Shake. Many stars and celebrities endorse this product, and it’s unclear whether Biermann actually uses it for her own fitness and diet—but it’s possible. The 310 Nutrition is a shake company that makes tasty shakes to help individuals stick with their weight loss goals and achieve results.

Biermann has also advertised for FitTea, which you may be familiar with as big names like Kylie Jenner and Khloe Kardashian have also endorsed the detox tea company. It’s been suggested that FitTea helps relieve bloating, helps the body detox, and promotes energy.

today I started the @fittea 28 day detox! after my NYC trip this is DEFINITELY needed especially since it not only supports metabolism and reduce bloating (from all the pizza I ate?) but it boosts your energy! ill keep you updated on the progress- have any of you tried it? tastes awesome!

In an interview with People, Biermann shared her thoughts on following a diet, saying, “Every day I have to have a cheeseburger or chicken tenders at some point throughout my day, and if I don’t have a little something sweet — whether it’s a peanut butter cup, a small brownie or anything chocolate — after dinner, I don’t feel like I ate. My mom tries to force me to eat salads but I’m not a fan!” Clearly Biermann continues to enjoy all of her favorite foods and still manages to look amazing.

Biermann explained that she often will have a bigger lunch compared to dinner so that she has more of the day to burn off the calories.  Biermann loves food and has admitted that she can’t stick to a diet; instead, she eats in moderation so that she can enjoy all foods.

As for her workouts, Biermann loves spin classes – she has actually said she’s addicted to them. Although being in the spotlight can cause additional pressure to look a certain way, Biermann suggests that she’d much rather feel good about herself than to try to fit someone else’s opinion of her.

There have been accusations that Biermann has gone under the knife for liposuction or breast augmentation. Biermann has been open about the work she has received – she injects her lips – and has squashed the other rumors, saying that her body is simply hard work and genetics, no cutting and pasting!

Brielle Biermann is growing up and looking more and more like her mother each day. Although she does have some healthy habits, the young reality star doesn’t deprive herself of what she loves; she simply balances the foods out with regular workouts and in eating in moderation.

Olya, G., “Brielle Beirmann says she eats what she wants in moderation” I ‘can’t stick to a diet to save my life,” People Bodies website, December 13, 2016; http://people.com/bodies/brielle-biermann-diet-and-fitness/, last accessed December 16, 2016.