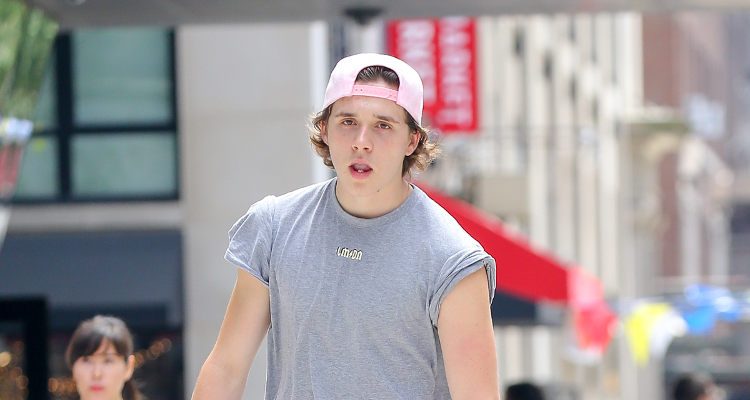 Brooklyn Beckham’s romance with Chloe Grace Moretz was the talk of the town a few days back. But Beckham parted ways with his girlfriend of two years earlier this week, Page Six confirmed.

Though Beckham’s mom was said to be in favor of their relationship, the reasons that allegedly led to the demise of their love affair are hard to digest. 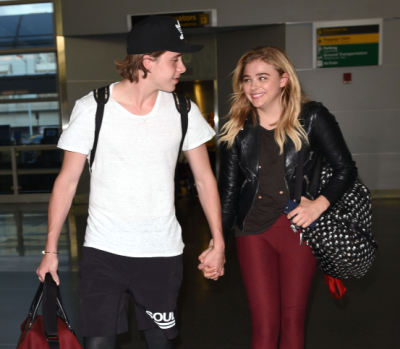 Beckham reportedly broke up with Moretz after he sensed that she was becoming too clingy and could not handle the distance between them. Beckham’s large number of female friends apparently added fuel to fire.

His recent Instagram snaps have made his fans believe he has intensified his fitness regime post breakup.

The teen is often seen building up his muscles and sculpting his figure on social media. His father, soccer phenom David Beckham, is seriously devoted to hitting the gym, and Brooklyn has stepped into his shoes. And he seems to have surpassed his superstar father.

The younger Beckham had no problem sharing his latest abs-flashing flick on Instagram.

His shirtless, chiselled frame, flaunting his arm and back muscles left his fans in awe. One cannot doubt Brooklyn’s dedication to fitness after seeing his snap.

He was much delighted to showcase video of himself last week, during which he is seen completing a series of push-ups for the camera. The charming blonde celeb wore shorts, a backwards cap and training gloves while showing off his impressive abs.

Brooklyn is often seen with his dad sipping smoothies after their cycling workouts. He also enjoyed healthy lunches and workouts with his former girlfriend Moretz.

He is passionate about skateboarding and photography. We think David will have to face huge competition from his multi-talented son in the future!