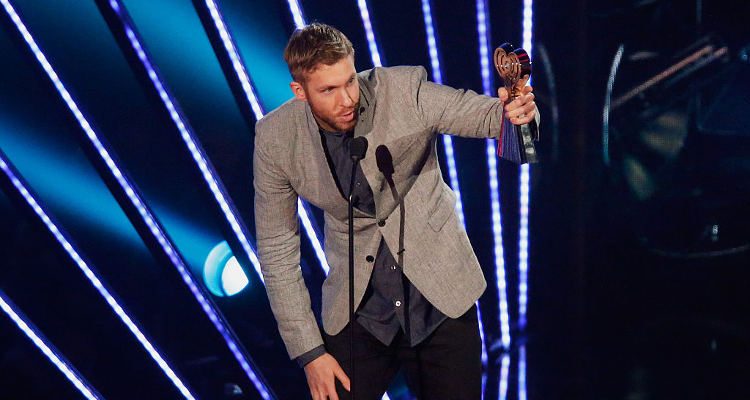 I wonder if Calvin Harris works out so hard because he’s going to be running from Taylor Swift for the rest of his life? The former model and ex-boyfriend of the mega star was photographed last week coming out of the gym.

Workouts, unfortunately don’t make people much smarter, and getting involved with Swift will surely result in some dirty laundry being aired on her next record. Either way, he’s in good shape.

Or maybe he works out because he’s a formal model and current EDM DJ, one of the most demanding careers ever. He needs to stand in front of thousands of people jumping around every night, hitting a button from time to time. If you’ve ever used iTunes, I’m sure you know just how difficult EDM djing can be.

But the right workout and diet can build you a nice set of abs, just like Harris’. The guy must stick to his abs workouts pretty religiously because he’s got a noticeable 6-pack busting through his skin.

There are pictures of him working up a sweat doing Pilates, which is a good way to work out, build core strength, and tighten up those tummy muscles. Now I’m sure he does much more exercise—like jogging and weight training—to keep lean and muscular, but Pilates are definitely a part of his routine.

Made in The Kitchen

One of the oldest and truest sayings in fitness is that “abs are made in the kitchen.” A healthy diet is a central component to building muscle and shedding fat, so any abs workout needs to be supplemented with healthy nutrition. Sticking to a lower-end carbohydrate diet is effective for most people, while avoiding processed foods and refined sugars is a must.

Adequate carbs are best derived from items like oats, sweet potatoes, and fruit from time to time, while the majority of food intake is typically items high in protein, green vegetables, and a dosage of healthy fats. Some of the main six-pack foods to stick to (when trying to burn fat) include: Eggs, Egg whites, Broccoli, Chicken breast, Spinach, Green eans, Oats, Almonds, Salmon, Tomato.

Sticking to a balanced, healthy diet—and making sure you’re either consuming maintenance calories (or in a deficit if you’re trying to lose fat) is the best way to structure nutrition to showcase a hard, chiseled six pack like most of Taylor Swift’s exes.