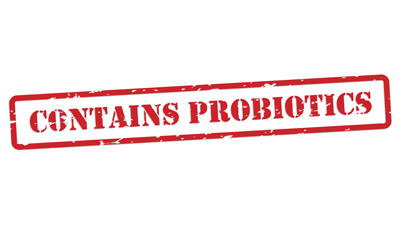 Probiotics have come a long way since they burst onto the scene about 20 years ago. At that time, very few people saw the benefits of taking a billion bacteria to boost health. However, numerous studies over the years have proven that taking an extra dose of these healthy bacteria can help stave off all kinds of health problems.

Probiotics were first investigated for their ability to help in the treatment of gastrointestinal problems. Normal, healthy intestines contain billions of micro-organisms.

Most of these bacteria are helpful—they contribute to the digestion process and aid nutrient absorption. These friendly bacteria also help to keep harmful bacteria in check and boost immune function.

Probiotics are now used to treat diarrhea (especially in children), and to reduce the symptoms associated with irritable bowel syndrome and Crohn’s disease.

Probiotics may have a role to play in maintaining the remission of colitis. Other conditions probiotics could help treat include yeast infections and urinary tract infections.

Evidence for the healing effects of probiotics continues to mount. In a study completed at the Yakult Central Institute for Microbiological Research in Tokyo, Japan, researchers investigated the effectiveness of probiotics in treating cancer. They noted that many diseases are triggered by abnormalities in the bacteria that reside in the gut including some cancers.

The researchers also noted that one probiotic in particular, lactobacillus casei strain Shirota (LcS), has been proven in clinical trials to improve health maintenance and disease control. The researchers decided to review the evidence for LcS against cancer development. They set out to find the possible mechanisms by which LcS exerts anti-cancer activity.

The health of the micro-organisms in the gut can determine, in part, the risk for cancer. Inside the body, there are thousands of abnormal cells that mutate every day. However, our immune systems do an incredible job in clearing these cells before they can trigger the onset of cancer. Gut bacteria plays a big role in this surveillance system. Healthy bacteria can produce beneficial substances that help prevent cancer.

In the study mentioned earlier, the researchers found that eating fermented dairy products with probiotics triggered anti-tumor effects in a number of different ways. The healthy bacteria inhibited mutagenic activity, reduced the number of enzymes responsible for generating carcinogens and other tumor-promoting substances, and suppressed tumor growth.  The researchers also found evidence to suggest that taking probiotics resulted in an increase in anti-oxidant enzymes and a decrease in oxidative stress. These two actions together helped to protect cells against damage caused by carcinogens.

The researchers cautioned they found no direct evidence that probiotics helped to prevent cancer in human subjects. Most of the positive evidence they found for the anti-cancer effects of probiotics was conducted in the laboratory.

No doubt future studies will explore the anti-cancer effects of probiotics in the prevention of cancer. In the meantime, it might be a good idea to include some healthy bacteria with your breakfast each morning.