Home > Food News > Can This Cereal Boost Your Sex Drive? 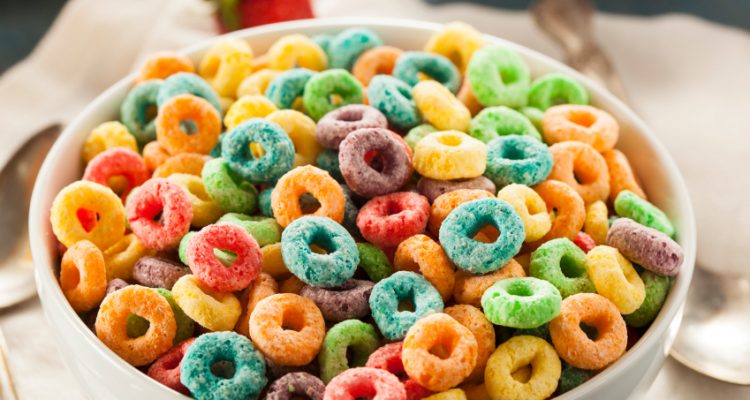 As we get older, we’re always looking for new, safe ways to make ourselves feel young again and solve impotency problems. But can a new cereal be the answer?

That what’s Peter Ehrlich hopes. He’s the creator of “Sex Cereal,” a gender-based whole food cereal designed to boost men and women’s sexual desires. There are two versions of this product with different ingredients; one raises testosterone in men and the other promotes hormonal balance in women.

The artwork on the product packaging suggests you may end up feeling like the cereal’s models—the female cereal box has a picture of a Marilyn Monroe-looking woman, wearing a spaghetti-strap red dress and holding a bowl of the cereal, whereas the rugged male holding up a spoon on the male cereal box looks ready to dig in.

Ehrlich debuted the cereal at the annual Canadian Health Food Association Trade Show in Vancouver last May. It’s already available in 500 stores all across Canada, and can be purchased online by both American and Canadian consumers.

So what exactly is in Sex Cereal that makes it magically hormone-boosting, enough so that your sex drive might even be strengthened?

“Her” cereal consists of a host of ingredients known to boost estrogen levels and balance female hormones. It contains:

• Ginger, a herb known as an aphrodisiac in the Arab and Asian cultures.

• Almonds, which are rich in zinc, selenium, and vitamin E. In particular, zinc is known to improve sexual desires, by blocking the enzyme that converts testosterone into estrogen in women. Studies show that women with a high sex drive actually have more testosterone than the average woman.

• Flaxseeds, the richest-known source of phytoestrogen, which helps balance estrogen in the body.

• Maca, which has been found to be an aphrodisiac in animal studies; however, a review of the literature did not find significant support for its libido-improving effects in humans.

• Oats, a food that’s high in B vitamins, essential for relieving stress.

Similar to the female cereal, the male one contains maca, oats, and cacao nibs. It’s also got plenty of other healthy ingredients like:

• Bee pollen, which, in a study on chronic prostate inflammation, researchers found was effective at stopping the production of free radicals. Male infertility can stem from an accumulation of free radicals, and the study found that bee pollen improved fertility. It also has 18 amino acids, vitamins A and B, folic acid, calcium, magnesium, iron, and zinc. If you compare it with fish or eggs, gram by gram, bee pollen has much more amino acids!

• Camu camu, which comes from the Amazon rain forest and is filled with more vitamin C than an orange. Why is that important? Well, vitamin C boosts vascular function, improves the production of testosterone, and strengthens blood vessels.

• Pumpkin seeds are a good source of zinc, which, according to the World Health Organization, is beneficial for the sex drive.

• Chia seeds are a great source of fiber, protein, and antioxidants, and they’re filled with vitamins and minerals. While there is nothing specific in them that might boost your sexual drive, some of the minerals and vitamins it contains might help you keep your body in healthy shape.

• Goji berries are similar to chia seeds—they’re filled with healthy nutrients, but nothing in particular related to sexual health.

While Sex Cereal does contain some hormone-boosting ingredients, the product description doesn’t tell you the quantity of them actually present in the cereal.

As far as the cereal’s promise to increase your sexual libido, no studies have been done to find out if it’s true. So far, the product is relying on testimony from its cereal-eating buyers as proof that it works. Trying some can’t hurt: after all, it might just work for you, too.