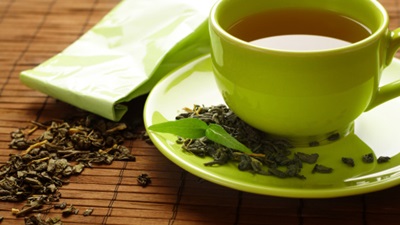 Many people who drink green tea extol the benefits of green tea. Green tea contains various chemicals known as catechins that have unique effects on the human body—some of which include lowering blood pressure, blood cholesterol, and levels of inflammation. Green tea catechins are also very potent antioxidants which can help detoxify the body and prevent cancer cells from growing.

Green Tea For Cancer: This Drink Can Prevent Various Types of Cancer

Recent evidence has indicated that green tea may be useful in the fight against various forms of cancer including gastrointestinal, prostate, breast and lung. Green tea may be able to absorb cancer-causing free radicals, enhance the benefits of chemotherapy drugs, and interfere with cancer cell growth.

The benefits of green tea were shown most recently by researchers conducting population studies in Asia. Some of the studies indicated a reduced risk of esophageal cancer associated with green tea consumption, some indicated a modest reduction in risk, and a few studies actually indicated a higher risk of developing this type of cancer in those drinking high amounts of green tea! These inconsistencies in study results can be attributed to the differences in variables which were not accounted for such as dietary patterns, smoking, alcohol consumption and the various dosage of the tea consumed by the study populations.

In order to determine the true benefits of green tea, and if drinking it can really prevent cancer, we need more randomized studies, with thousands of participants, who are studied for a longer period of time.

But while the benefits of green tea can be important for our health, it’s unlikely, unfortunately, that such a study would occur, since it would be difficult to fund, since green tea is not a drug nor can it be patented or prescribed as a drug. The majority of funding for these types of experimental trials come from commercial interests.