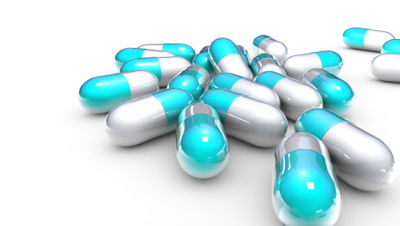 There has been a great deal of new information recently published regarding the effect of taking a multivitamin/mineral nutritional supplement on several disease outcomes. Some of this research has indicated that using this type of nutritional supplement was of no benefit and not “worth the money” as one expert reported. However, a new study assessing the benefits of consuming a multivitamin/mineral supplement in patients who had been previously diagnosed with an invasive form of breast cancer has yielded some impressive results.

This study found that older women who were diagnosed with a serious form of breast cancer had a 30% reduced risk of dying from their disease if they were taking a multivitamin/mineral supplement compared to the same group of women who had not been taking the supplement.

“Our data suggest that multivitamins with minerals [MVM] have a protective role for women with breast cancer. Ours is the largest study of multivitamin supplements in postmenopausal breast cancer survivors,” said lead author of the study, Dr. S. Wassertheil-Smoller.

“Nevertheless, our finding of a protective effect of multivitamins with minerals is robust and holds no matter what subgroups of women we looked at. The bottom line is that for postmenopausal women, perhaps taking a daily multivitamin and mineral supplement may be protective if they develop breast cancer. It might boost their general health. It should be noted that these supplements generally contain about 20 or more vitamins and minerals, usually at the recommended daily allowance, so these are not megadoses, which can be harmful.”

This study was very large and involved a long follow up period. The study was controlled so the effects of other variables like body weight, education, alcohol use, physical activity, diabetes, smoking, and other variables were accounted for in the results. This would prevent the results to be attributed to better general health in the group of women who took the supplements compared to the women who did not. Indeed, this was a robust study and quite accurate in its conclusions.

The reason for the results may be due to the protective effect nutrients have on the immune system, the improvement of free radical absorption, or better tolerance or effectiveness of cancer treatments. This study indicates that post-menopausal women who are in the highest risk group for developing breast cancer can benefit from taking a multivitamin/mineral supplement.