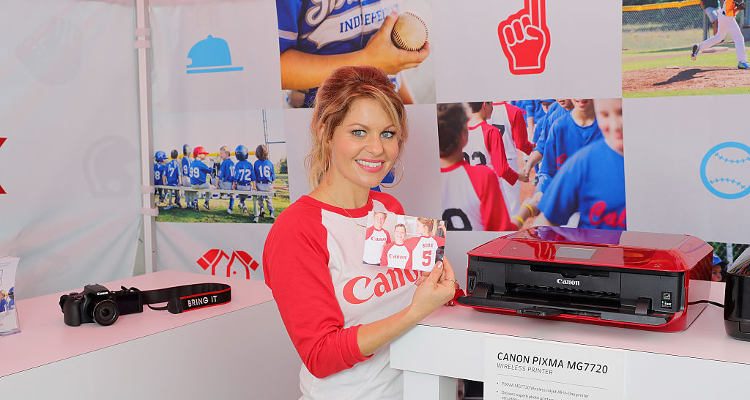 Candace Cameron Bure is leaving the ABC morning talk show, The View, and is blaming her surprise departure on other work commitments and family considerations. The 40-year-old also has an intense fitness routine that likely keeps the actress quite busy as well.

Cameron Bure’s work commitments include reprising her role as D.J. Tanner on Fuller House, which began it’s reboot on Netflix in early 2016. It was a role she made famous on the family sitcom Full House from 1987 to 1995.

Cameron Bure also has worked a lot with the Hallmark Channel and has starred in The Aurora Teagarden Mystery TV movie series, as well as several Christmas movies, such as this year’s Journey Back to Christmas.

Due to the success of her acting projects, Candace Cameron Bure’s commitment to Fuller House and the Hallmark Channel has become more substantial. Her commute from the west coast to the east coast every week has put a strain on Cameron Bure and her family—she has three children and a husband, former NHL hockey player Valeri Bure.

The actress wants to make sure she is spending as much time as possible with her family while investing in her projects to the fullest extent.

At this time, Cameron Bure’s final show on The View has not been announced. The remaining co-hosts of The View will now include Joy Behar, Whoopi Goldberg, Paula Faris, Sara Haines, Jedediah Bila, and Sunny Hostin. In October, Raven-Symone also said she will be leaving the show at the end of 2016 to develop a spinoff of her Disney Channel series That’s So Raven. Comedian Michelle Collins also left the show in June.

Cameron Bure says she has tried to be superwoman, but it’s taken a toll on her and her family. The View released a statement saying that Cameron Bure will always be part of The View family, they would gladly welcome her back.

Despite Cameron Bure’s busy schedule, the actress has a strict diet and very intense workout regimen. Let’s take a quick look at how Cameron Bure keeps in shape on a daily basis.

How does Candace Cameron Bure manage to stay in great shape at 40? Cameron Bure has had an incredible story, despite some bumps along the way. For instance, Cameron Bure suffered through the eating disorder bulimia, but now is fully recovered.

Now Cameron Bure can outpace most 20-year-olds. She works out for an hour at least five days weekly, but that depends on her travel schedule. However, when she works with trainer Kira Stokes, a session can run up to two hours.

Cameron Bure eats mostly vegan food; however, she does consume egg whites and sometimes some fish. Instead of meat, she will mostly eat beans, seeds, nuts, and gluten-free grains like quinoa; she also avoids dairy. The diet changes have helped cure her irritable stomach issues, chronic congestion and coughing, and reduced the puffiness in her body and face.

Breakfast may include a protein shake with almond milk and banana. She will then eat a healthy lunch, consisting of an ahi poke bowl with brown rice and cabbage in coconut milk. She will also snack on a banana while drinking lots of water.

Candace Cameron Bure was also a contestant on season 18 of Dancing with the Stars in 2014. She placed third and partnered with professional dancer Mark Ballas.

Cameron Bure has also written three books, including Reshaping It All: Motivation for Physical and Spiritual Fitness (2011), Balancing It All: My Story of Juggling Priorities and Purpose (2014), and Dancing Through Life: Steps of Courage and Conviction (2015).