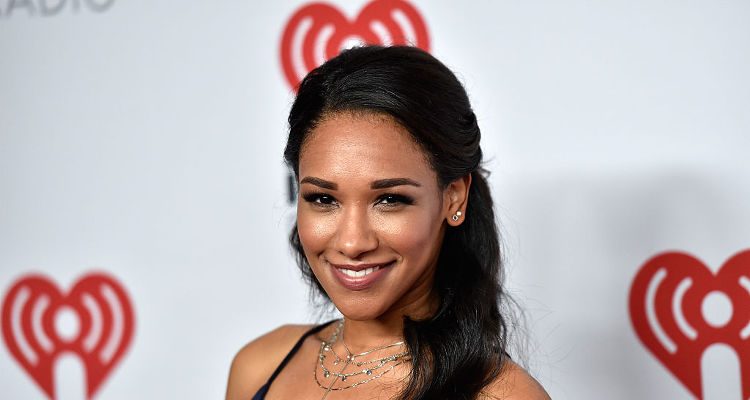 The Flash star Candice Patton and Legends of Tomorrow actress Caity Lotz are making time for some gym workouts together, especially boxing. On Sept. 28, the pair hit the gym together and posted a few pictures of the time they shared on Instagram.

“I always wanna love. She always wanna fight. Babe, why you gotta fight w me at cheesecake?” Patton, who plays Iris West on The Flash captioned one pic on Instagram of the two of them together wearing their boxing gloves and posing.

Lotz, who plays the role of Sara Lance/White Canary in the show Legends of Tomorrow, also posted some fun images with Patton during the boxing workout. In one pic she and Patton are making “tough” faces, and she captioned the pic with, “When someone says make a tuff face.”

By the looks of it, they spent lots of time posing for pictures!

When someone says make a tuff face… ?

Boxing isn’t the only workout for Patton. The actress also likes to do indoor cycling at SoulCycle, but she also enjoys another studio called Swerve on Third in Los Angeles. Hiking in Runyon Canyon is one of her favorite activities, but she says Wildwood Canyon Park is great for hiking because there are many steep inclines and it’s a great “booty workout” for her.

She says it is also not as busy as Runyon and is very quiet and serene – a place where she can hike and not be seen. The whole route takes her about 40 minutes. Patton loves to go to the InYoga Center in Los Angeles because it’s unpretentious and welcoming, the instructors are good, and there are many classes on offer, she says.

When Lotz was training for her White Canary role, she did a lot of training with double sticks. Her workouts before that included dancing, Krav Maga, Muay Thai, yoga and salmon ladder. Yes, she keeps up with martial arts and trains in them because she has to for her role. Learning the different fighting styles has helped her with her action scenes and to better prepare for the role.

Salmon ladder is a tricky exercise to do, for example. It involves climbing up a ladder by pulling yourself up, which takes incredible upper-body strength. She tries to work out every day, and it clearly shows that she puts in much time and effort. Yoga makes her feel good and that’s why she does the practice; but overall, she has no set routine for when she does a particular activity.

Lotz says that she had trained before her acting career and was a professional dancer, in fact. From there, she moved into martial arts and stunt work, and then made her way into acting.

Season 3 of The Flash premiered on Tuesday, Oct. 4. Season 2 of Legends of Tomorrow premieres next week on Thursday, Oct.13. Both shows air at 8 p.m. ET on The CW channel.