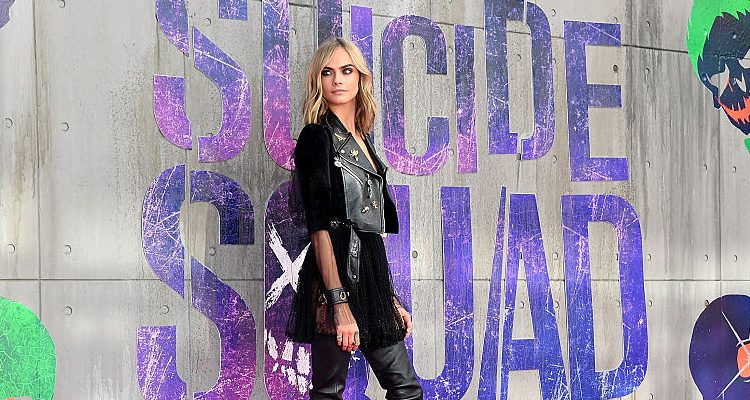 It’s Throwback Thursday, folks! In honor of the occasion, we’re taking it back to July 2016. Supermodel and actress Cara Delevingne proved she had another talent on The Late Late Show when she competed in, and won, a vicious rap battle against host James Corden and actor Dave Franco. The ultra slim Victoria’s Secret model stunned the crowd with her bitingly witty responses to every attack, and was voted the clear champion of the match.

Delevingne has never been one for dieting and excessive exercise, and while she is naturally skinny, the model’s enjoyment of fast food definitely isn’t a factor that helps keep her in shape, so what is?

While she isn’t one to spend hours in the gym, Delevingne does exercise regularly to stay healthy. Her favorite exercises are mostly cardio-based, and she runs and jumps rope every Monday and Wednesday. Cara also enjoys the high intensity workout that comes with kickboxing, and likes to spend an hour participating every Tuesday. Kickboxing is great for cardio as well as toning and strengthening your muscles in a fun environment. With her recent turns in the action flicks Suicide Squad and the upcoming Valerian and the City of a Thousand Planets, the martial arts exercise would have been especially useful in aiding her with fight scenes. Along with cardio, the Brit also mixes in leg and ab workouts on Thursday to keep her core and legs strong.

Delevingne’s diet is definitely not what you’d expect of a supermodel/actress. In fact, apart from her preparation for Suicide Squad, she’s often shied away from restrictive diets and trends. She doesn’t limit her carbs or sugars very much, declaring her love for pizza, pasta, and pancakes in a 2014 interview with Vogue. Cara also enjoys what most would consider huge dietary sins like McDonald’s burgers and fries, bacon, and even cheese steaks. In fact, she loves bacon so much that she has it tattooed on her foot!

It isn’t all junk food, though; Delevingne is also a fan of the Naked brand of cold pressed juices. She particularly enjoys the Green Machine flavor, which contains fruits like apples, pineapple, and kiwi as well as dark green veggies like spinach and broccoli and boasts no added sugar, making it a great healthy choice for the 24-year-old. Delevingne has also stated that she enjoys healthy grains like quinoa to help round out her diet.

Cara Delevingne’s unconventional diet may seem to be a refreshing change from the usual carb and calorie constricting ones rumored to be used by most models, but it isn’t the picture of health either. While she has been blessed with a naturally skinny frame, those of us who aren’t so lucky should probably limit the McDonald’s binges and choose foods with better nutritional value more often than not in order to maintain good health.