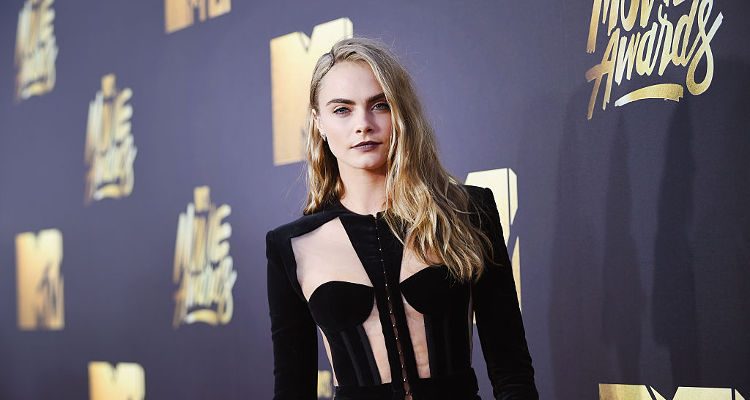 Last week, rumors began to surface about Suicide Squad star Cara Delevingne being dropped from a Victoria’s Secret fashion show in 2014. First reported by British tabloid The Sun, Delevingne and Victoria’s Secret quickly discredited the claims that her “bloated figure” had anything to do with it, saying the paper was resorting to cheap body-shaming tactics to sell some papers.

Working Hard to Stay in Shape

It’s no secret that Cara Delevingne has a good set of genetics. She told Vogue she doesn’t particularly enjoy working out, doesn’t keep a very strict diet and likes to drink booze from time to time. That being said, she knows that if she wants to continue modeling and playing roles in superhero blockbusters, she has to put in work.

Avoiding alcohol, giving up burgers, and opting for a healthy, balanced diet were crucial to her appearance in Suicide Squad. She says the role required her to be ripped, so she had to make a few changes to get rid of fat fast. Alcohol and extra calories can make it hard to lose weight especially on a strict timeline.

To get in shape she’s worked with fitness guru James Duigan, one of the world’s most famous trainers. He’s worked with a number of movie stars and models and is the founder of “bodyism.” Bodyism seems to be a holistic approach to weight loss, incorporating techniques like resistance training, kickboxing, yoga, meditation, and a balanced diet.

Look, if you’re living a healthy life and doing your best to eat well, exercise, and protect your health, don’t worry about what people say. Regardless of what you eat or what kind of exercise you do, genetics ultimately determine your appearance. As long as you’re eating a balanced diet, are getting sufficient activity and are healthy, who cares how you look?

Health is the most important part of a balanced diet and exercise program, and it’s true that many of the bodies you’re exposed to either aren’t that healthy or have superior genetics. It’s also important to remember that movie stars and models are required to look a certain way.

It’s their job to work out and follow strict diets, and most of them are surrounded by a team of people to make sure they do. Genetics, time, and a budget are probably the three most overlooked aspects in the health and fitness industry, so don’t forget that when you’re flipping through the magazines.