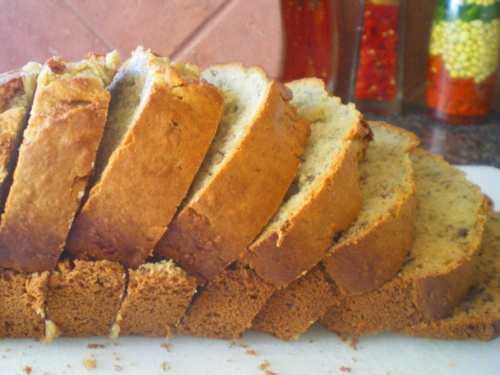 A recent study looked at the correlation between carbs and lung cancer, and some news outlets went to town with their corresponding headlines. For example, this news headline screamed: “Are carbs as bad as red meat and cigarettes when it comes to lung cancer?”

Short answer: no. Long answer: no and the study doesn’t say what they think it does.

The Houston Study: Its Findings

The study made no comparison to red meat.

Why Carbs Don’t Put You At Risk For Lung Cancer

A food’s glycemic index rating has to do with how your body processes the carbohydrates and what impact that has on your blood sugar and how quickly the effect is felt. High GI foods tend to overlap with high carb ones, but this is not necessarily true in all cases. A sweet potato has a low glycemic index (55 or less) and a pineapple has a high one (70+) even though 100 grams (g) of sweet potato has more carbs (20g) than 100g of pineapple (13g). The study itself also pointedly notes that it is evaluating the impact of foods based on their glycemic index, not on their carb content.

This may seem nitpicky, but science is a precise business and saying “carbs” when someone means “impact on blood sugar” can lead to genuine confusion and misleading information.

While I do not dispute the findings of this study, I do question the conclusions that can be drawn from the data available for a few different reasons.

Only Looking at the Past Year

The participants were asked about their diet over the past year. Aside from the fact that self-reporting over such a large period has inherent accuracy issues, it is not possible to determine how representative the diets were of the participant’s regular habits. What you regularly eat this year is not necessarily the same things you ate regularly last year. Furthermore, the study cannot tell how long the recently diagnosed group was living with their lung cancer prior to its discovery. For all the researchers know, the lung cancer patients with high GI diets only started eating the reported foods after their tumors emerged.

Unable to Control for Environment

Now, smoking is by and large the biggest contributor to smoke cancer risk but it’s not the only one. Any environmental exposures to second hand smoke, industrial fumes, other sources of smoke, or even asbestos, don’t show indications of having been assessed or controlled for.

The underlying assumption about the high GI-lung cancer link is that blood sugar spikes stimulate insulin production which could then stimulate growth factors that tell possibly cancerous lung cells to increase replication rates. Plausible? Yes. Proven? No. The fact is that evidence for this effect happening in cancers in general is highly inconclusive, even more so in lung cancer specifically. While this in and of itself is not enough to discard the study, combined with the other factors does dampen its reliability.

Unable to Separate Correlation From Causation

The researchers are not saying “more people with high GI diets developed lung cancer”, they are saying “we have one group with lung cancer, and one group without. The group with lung cancer had more people with high GI diets”. The study’s conclusions are assuming a link exists between the two, but they haven’t established that one exists. This isn’t a pilot study, either—it’s an attempt to draw actual conclusions from the data—which is why this distinction matters. The data the researchers have can equally support the idea that “lung cancer makes people more likely to eat high GI foods”.

How to Get Things Right

The (heavily simplified) way dietary risk assessment studies work best is by taking two groups, have one eat a specified amount of the substance in question (in this case, foods with a high GI index) per day/week/month/etc., and then watch them for a few years/decades and see who gets cancer and who doesn’t.

To be clear, this study is not worthless. It has legitimately observed a correlation between lung cancer and high GI diets. As the body of work on this subject increases, its findings can become part of other attempts to draw more specific conclusions through more thorough and controlled tests. However, the limited scope of analysis (only one year) and other issues prevent this study from being used for much more, despite what headlines may want you to believe.