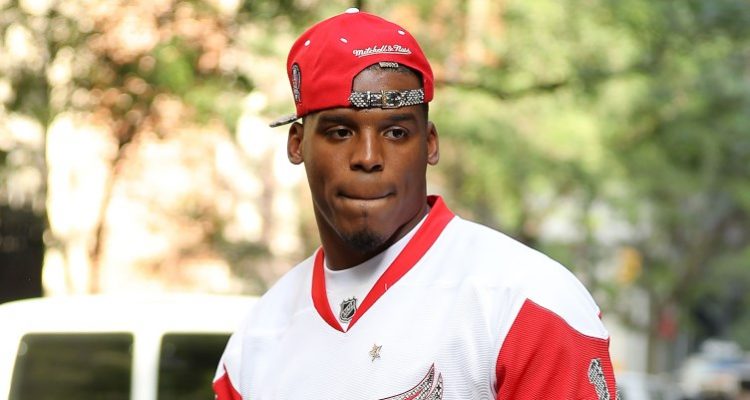 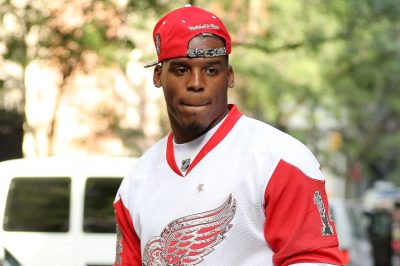 Carolina Panthers’ quarterback Cam Newton is the reigning NFL MVP. The 27-year-old credits much of success to the pescatarian diet. Since Cam Newton adopted the no-meat diet in March 2013, the Carolina Panthers have won the NFC South Division title every season.

The Panthers are arguably coming off their most successful season ever with a 15-1 record, and a Super Bowl appearance against the Denver Broncos. The Panthers lost the game, 24-10.

Last year Newton became the first quarterback in NFL history to throw for at least 30 touchdowns and rush for 10 in the same season. In total, Newton had 35 throwing touchdowns, 3,837 passing yards, 10 rushing touchdowns, and 636 yards rushing.

The regular season hasn’t even started, but Cam Newton isn’t slowing down. The 2010 Heisman Trophy winner threw for 162 yards and a touchdown in the first quarter of the Panthers’ 26-16 exhibition game win against the Titans at Nissan Stadium in Nashville, Tenn. on Aug. 20. 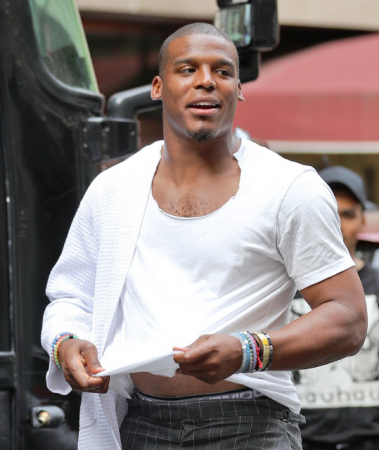 Cam Newton playfully hides from the paps using a white robe on the set of a Vogue photoshoot in New York. 06/22/2016. Credit: Splash News.

Some people give up meat in protest of the commercial slaughter of animals. Others point to a number of studies that indicate the damaging effects of excessive meat eating. Newton says he gave up on eating meat to test his willpower and self-discipline.

The pescatarian diet includes fish and other seafood, and avoids other animal products like beef or pork. Some pescatarians also eat dairy products and eggs, so the diet varies based on personal preferences. Keeping fish in the diet can be very helpful to avoid the problems associated with vegetarians, including vitamin B12 and protein deficiencies, anemia, and the tendency to eat more refined carbs.

The Panthers’ dietitian Jennifer Brunelli says Newton’s restrictions don’t make planning the quarterback’s meals difficult. Brunelli has introduced a variety of different options to Newton’s diet. For instance, breakfast may include shrimp and grits or salmon cakes. Fish is considered a very good source of omega-3 fatty acids. Omega-3 is great for athletes, and it can help with inflammation, brain health, fatigue, and joint pain.

A pescatarian diet will also improve heart health, lower the risk of cancer, improve mood and fight depression, and help with weight loss.

Brunelli plans meals for every Panthers player based on weight goals, injuries, and the weather. Newton also enjoys eating trout, mussels, and deviled eggs on his pescatarian diet.

In addition to Cam Newton’s diet, the quarterback follows a workout aimed at strengthening his core muscles. It is an interesting workout since Newton only usually uses one leg or arm at a time and never touches a barbell. Panthers’ strength coaches Jason Benguche and Joe Kenn designed the athlete’s core workout routine.

Cam Newton’s diet and workout will be put to the test when the Carolina Panthers open their regular season in a Super Bowl rematch against the Broncos in Denver on September 8.