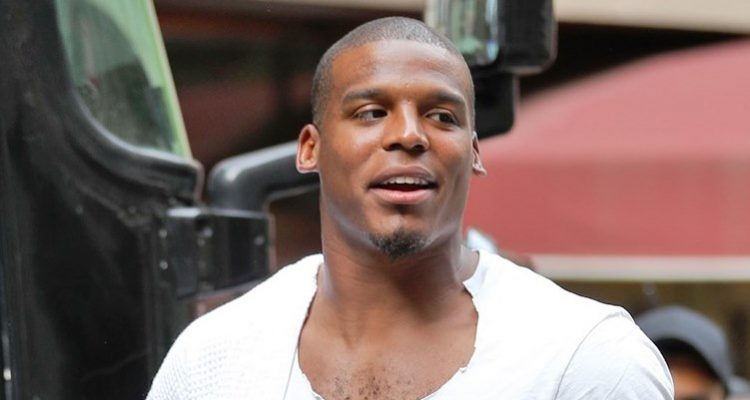 Carolina Panthers’ quarterback Cam Newton is a unique and versatile player with power, arm strength, quickness, and athletic prowess similar to many of the greatest NFL pivots of all time.

What makes Newton such a special quarterback? Like most elite athletes, he has an intense workout and strength-training program.

The 27-year-old is coming off the best season of his five-year pro career. The reigning NFL MVP threw for 35 touchdowns, 3,837 passing yards, 636 rushing yards, and 10 rushing touchdowns. As a result, Newton became the first quarterback in NFL history to throw a minimum of 30 touchdowns and rush for 10 TDs in the same season.

The 6-foot, 5-inch, 245-pound quarterback also led the Carolina Panthers to arguably the most successful season in team history with a 15-1 record and Super Bowl appearance against the Denver Broncos. Unfortunately, the Panthers lost the game 24-10.

Cam Newton credits much of his success to his healthy diet and daily workout plan. What is the Cam Newton workout quote?

Newton says with his playing style, he understands that his body has to be ready to do more than throw the football. He has to take his body through the rigors and be prepared to take hits to be strong enough to carry the ball 10 times each game if necessary, he says.

Cam Newton’s work ethic in the gym is as impressive as his on-field performances. Panthers head strength and conditioning coach Joe “Big House” Kenn and his assistant Jason Benguche work with Newton one-on-one.

Cam Newton’s workouts often last between 30 and 35 minutes, and he focuses on single-limb exercises at the gym. For instance, Newton works out one leg or arm at a time and never uses barbells. His core is also always being worked with his abs workout plan.

Newton says the core and overall body balance are very important for NFL quarterbacks because they must control their bodies to make accurate throws. His core workout includes the TRX inverted row, a kettlebell single-leg squat, a kettlebell power pull, a single-leg workout, and a single-arm dumbbell bench press workout.

Read on for details on some of Newton’s most intense exercises:

Sled pushes: The sled moves with Cam Newton’s speed and acceleration. Newton places his hands on the sled at hip level and leans forward at a 45-degree angle. With a powerful drive, his legs begin to push, driving his feet into the ground behind him. Newton pushes the sled as fast as possible for three sets of 20 yards in each direction.

Single-arm lateral sled pulls: Newton ties a TRX strap to the center of the front of a weighted sled. Keeping his feet parallel to the sled, he grabs the handles in one hand with the sled behind him. He then sprints forward, driving his back knee across his body while swinging his front arm and pulling the sled behind him. He does two sets of 20 yards in each direction.

Lateral box hops: Lateral box hops are about agility. Newton places his right foot atop a low box with his left foot on the ground and knees bent slightly. He then pushes powerfully off the ground and jumps to the right. He launches himself far enough for his left foot to land on top of the box and his right foot on the ground. He jumps rapidly from one side to the other while always keeping one foot on top of the box.

Cam Newton and the Carolina Panthers have won the NFL South division every season since the quarterback adopted a pescatarian diet.

Newton gave up meat to test his willpower and self-discipline. The diet includes fish and seafood, but refrains from other animal products, such as red meat and poultry. Some pescatarian dieters may also eat dairy and eggs.

Panthers’ dietitian Jennifer Brunelli does a good job designing Newton’s diet and daily meals, which are based on his weight goals and injury prevention.

For breakfast, Newton may eat salmon cakes or shrimp and grits. The omega-3 fatty acids in seafood and fish are very good for athletes, and they can help with fatigue, joint pain, and inflammation. Newton also eats deviled eggs, mussels, and trout for his pescatarian diet.

Can Cam Newton be even better for 2016? You bet he can, especially with the return of wide receiver Kelvin Benjamin, who is Newton’s go-to on third downs and in the red zone.

The Carolina Panthers and Cam Newton are set to open the regular season against the Broncos in a Super Bowl rematch on Sep. 8.