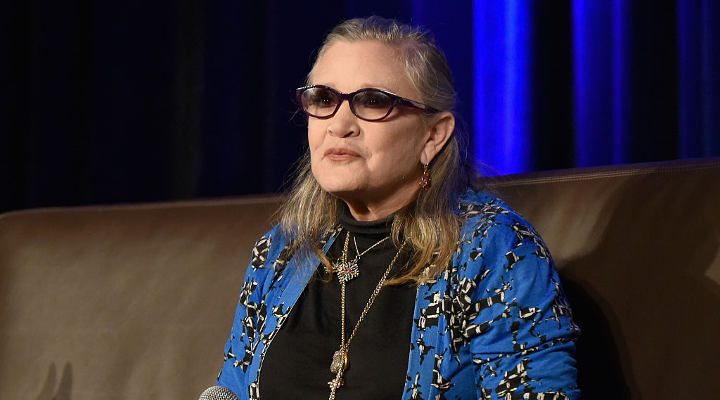 Star Wars actress, Carrie Fisher, is in the limelight for her incredible 50 lbs weight loss and her affair with co-star, Harrison Ford. Fisher once weighed 180 lbs and admitted that her huge weight made her feel embarrassed. She says being fat is humiliating and was keen on getting back her body and self-esteem.

She recalls how she gained weight while she started touring. She says exercise was far away from her routine for an entire three years and did not eat healthy as well. “I would just graze, but I didn’t do it healthy – it was like putting on the feed bag,” she says.

Her meals included seven regular sodas per day, pounds of peanut butter protein bars, and ice cream or other sweet treats. She also took mood stabilizers, the side effects of which included weight gain. She was addicted to drugs, alcohol, and Coca-Cola. She admitted to opening 16 cans of Coca-Cola per day! “I don’t drink all of them,” she told People. She continued, “I start them, but then it starts to get warm and then you have to get another one … they have to be that sharp, sharp, cold taste.”

She had high cholesterol and a family history of heart trouble. Soon after her father’s death, she decided to trim down. Also, for her role as General Leia Organa in Star Wars: The Force Awakens, she was put on a strict diet that obviously didn’t include Coke!

Fisher has started exercising and works out five days per week. The first thing she does after getting up from sleep is working out on the elliptical for about an hour or half. She hates working out, but knowing the benefits, she hops on the treadmill.

She sticks to Jenny Craig’s meal plans and consumes a 1,500-calorie per day diet coupled with intense workouts. She was down to a size eight after nine months of dieting and exercising. Fisher has replaced the sodas with sparkling fresh water and keeps away from munching on unhealthy foods. Instead she snacks on Jenny Craig’s popcorn and cookies.

This past Thanksgiving is a year that Fisher adopted the Jenny Craig diet to lose weight. She said she never thought she would lose weight, but now that she really has, she feels like buying new clothes and again tries fitting into old ones for fun.

She was treated at Silver Hill in New Canaan, Connecticut,  for alcohol addiction and bipolar disorder. She is still trying to lose more weight and struggling to keep away from putting on more. “I feel much better,” Fisher, 60, tells People. She continues, “My blood pressure is down. And I can stand on the scale at the doctor’s office.”

Talking to Ellen DeGeneres on her show, Fisher unveiled her affair with Star Wars co-star, Harrison Ford. She said her affair with Ford wasn’t love, but lust. “I was in infatuation, probably. Love is more mature.” She managed to keep it a secret for about 40 years by distracting people and talking about other things.

Perhaps her weight loss has made her more confident to be able to openly talk about the deep hidden secret!