Home > Food News > Caught Red-Handed: What GMOs Really Do to Your Health 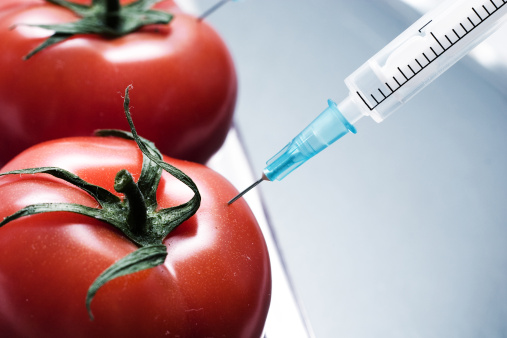 For best-selling author Jeffrey Smith, time is running out. He’s spent years researching the effects of genetically modified organisms (GMOs) on our health. The FDA and other governmental bodies say the science isn’t conclusive yet, but Smith doesn’t want to wait until illness and disease rates increase even more before we finally admit the truth about GMOs.

There are six major food crops that rely on genetically modified ingredients to withstand weed killers—but in doing so, the biotech industry is mutating plants with little thought about the effect it might have on our bodies.

“GMOs hasten the spread of antibiotic resistance disease, they harm insects, contaminate neighboring crops, and damage soil. Doctors worry that GMOs can cause unexpected health consequences that might take years to develop,” said Smith, as part of the Food Revolution summit. “Yet the biotech industry tells us there is no scientific evidence that GMO foods harm the environment and food. We have caught them red handed rigging their research to avoid finding problems. They do it over and over again.”

The most compelling evidence that shows GMOs can and do pose a risk to human health is the personal stories Smith hears every day.

“We are starting to gather evidence from people removing GMOs from their diet, and from thousands of doctors who are prescribing non-GMO diets,” he said. “They describe improvements from a variety of diseases and disorders like gastrointestinal problems, immune system problems, fertility issues, organ damage, and even mental issues. There is improvement in symptoms related to autism, anxiety, and even depression.”

Smith pointed out that after GMO soy was introduced into the human diet, allergies to peanuts doubled. In the U.K., soy allergies increased by 50% after GMO soy was introduced into the human food chain. GMO soy contains 25% more tripsen inhibitors than what is found in regular soy protein, which may explain the rise of allergies. “It could be the tripsen inhibitor or the cross-reactivity between soy and peanut enhanced by genetic engineering,” he said. Other studies have found that rats who are fed GM corn developed large tumors, and died prematurely.

Smith says we need to stand up to food manufacturers, giant food corporations, and our own governments to demand more information on the dangers of GMO foods—before it’s too late.

“We’re the first generation raised on GMOs,” he said. And it’s creating a new host of diseases, while “the government is having lunch paid for by the biotech industry.”

Ultimately, Smith said, it will be up to the consumers—people like me and you—that demand change and will see results.