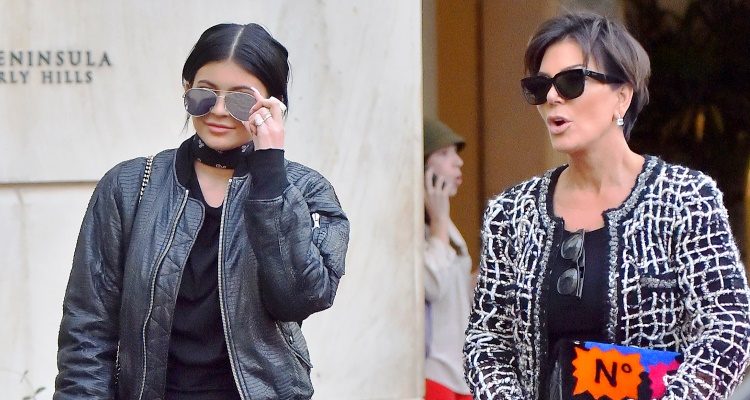 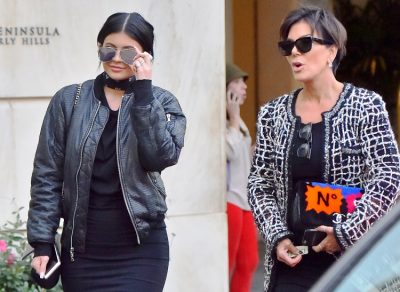 Celebrity kids are a hot topic these days. What’s even hotter is a fabulous celebrity parents-kids duo. Think Jaden-Will Smith, Brooklyn-David Beckham, Kylie-Kris Jenner, and Bella-Yolanda Hadid. These celebrity kids are all known for being the children of famous parents. That’s not to say they don’t have talents and attributes of their own—all of them do, whether it’s modeling, acting, business skills, or killer looks. And they can thank their parents for that! Let’s take a look at the duos.

Will Smith and Jaden Smith

Jaden Smith has swag—he is Will Smith’s son, after all! The 18-year-old Smith recently rocked a chiseled stomach while out in Soho, New York with girlfriend Sarah Snyder in July. With his tie-dye shirt unbuttoned, the paparazzi were able to snap some shots that showed off those Jaden Smith six-pack abs.

If you’re wondering how Smith achieved a tight tummy, the answer is through a consistent workout routine. He wasn’t always so ripped—Smith underwent a bit of a body transformation for his sci-fi action flick After Earth, gaining 20 pounds to bulk up for the role.

He worked with a personal trainer five days per week for four months before filming. And, of course, he even got to train with his famously cool father, learning to fight and use weapons. In addition to working out, Smith ate foods like quinoa, oatmeal; chicken, kale, and protein shakes to acquire muscle mass.

David Beckham’s son Brooklyn is just 17 years old, but he is definitely following in the footsteps of his famous father. He clearly gets his workout inspiration from his dad, who is one of the most famous former soccer players in the world!

The eldest son of the Beckham’s enjoys showing off his love of fitness; he recently posted a pic of himself on Instagram doing a pull-up. Those are some big muscles—looks like his dad might have some competition.

Brooklyn Beckham’s workout routine doesn’t stop him from indulging once in a while, though. He was seen out on a lunch date with his mom, former Spice Girl Victoria Beckham, at Tommi’s Burger Joint in London. Both of Victoria’s parents were also in attendance, and the four of them were snapped by paparazzi walking into the restaurant.

This may come as a surprise to some, as the 41-year-old style icon is usually a healthy eater, sticking to an alkaline diet and opting for foods like fish, vegetables, and fruit. Was Victoria Beckham eating a burger? It appears that way from the photos!

Did you know that Kylie Jenner’s weight gain was largely due to her relationship with boyfriend Tyga? Yes, Jenner shared this detail back in 2015. The 18-year-old said she gained 15 pounds once she started hanging out with Tyga, eating things like Cheetos, popcorn, and doughnut holes.

Kylie turned that around in the summer of 2015, sharing in an interview with E! News: “I’m working out and I’m eating a lot better.” “Momager” Kris Jenner is likely very happy about this as she appears to care very much for her family, having assumed a managing role in her daughters’ careers.

The Real Housewives of Beverly Hills star Yolanda Hadid has publicly battled with Lyme disease, and the condition has affected her children Bella and Anwar as well. Bella Hadid’s struggle with Lyme disease has in part fueled her mother’s efforts to spread greater public awareness of the illness.

While accepting the Power of One award at the Global Lyme Alliance gala in New York in October 2015, Yolanda said: “When my two youngest children, Bella and Anwar, were diagnosed with chronic Lyme disease in early 2012, watching my babies struggle in silence in order to support me in my journey struck the deepest core of hopelessness inside of me.”

Yolanda was diagnosed in 2012, and she admitted she wasn’t able to be there for her children as their careers took off because of her illness.

She added, “This award is for Anwar and Bella. This is my token and my promise to you that I will not allow you to live a life of pain and suffering. I will walk to the end of the earth to find a cure so that you can live a healthy life that you deserve. No child should suffer the way that you do… I thank you both for your extraordinary selflessness during this journey. Your unwavering love and compassion has kept me alive and fighting through the darkest days of my life.”

They say good things come in pairs, and it looks like there is no exception here! These parent-kid duos are dynamic and show some real love!