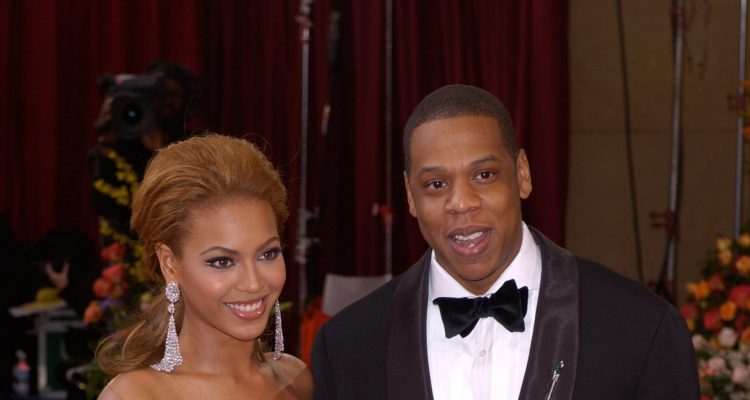 A catch-22 can be defined as a difficult circumstance from which there is no escape because of mutually conflicting or dependent conditions.

Is a plant-based vegan diet a catch-22 for the latest celebrity couple to go vegan? Jay-Z posted on his blog last week that the rapper and music producer would attempt a 22-day vegan diet challenge, eliminating meat and animal products. Plant-based vegan diets primarily consist of vegetables, fruits, legumes, grains, nuts, and seeds.

Jay-Z also added, “P.S. B (Beyoncé) is also joining me.” Beyoncé already looks conflicted with the diet. She might be supporting her husband by only eating plants on this celebrity diet, but her wardrobe still has animals in it. Two days after the celebrity couple’s vegan diet began, the 32-year-old singer and actress was spotted with Jay-Z at a Los Angeles vegan restaurant Native Foods, sporting a camouflage jacket with a fox fur collar.

Why are the superstar celebrity couple going vegan now? Jay-Z says he’s embarking on a vegan diet for spiritual reasons, and is trying it for 22 days because of the coincidence behind the number of days within the challenge. There are 22 days in the three-week vegan diet challenge, or by Jay-Z math, 2+2=4. It was Jay-Z’s 44th birthday a day after the challenge began, and it also ends on Christmas Day.

There are also psychological reasons behind the 22-day challenge because psychologists proclaim it takes 21 days to break a habit. By this theory, on Christmas Day, Jay-Z and Beyoncé will be full-time vegans. So far, they’ve eaten meals of vanilla chia pudding with fresh berries and a lunch consisting of red cabbage, green apple sesame slaw, and steamed and cubed sweet potatoes.

Jay-Z was also inspired to become vegan because a few months ago, a good friend and vegan challenged him to embrace a plant-based breakfast every day.

“It was surprisingly easier on me than I thought,” Jay-Z wrote on his blog.

Besides a vegan diet, the birthday boy appears to have a lot on his plate. Jay-Z received nine nominations for the 56th annual Grammy Awards, which are held in Los Angeles on January 26. Jay-Z received nominations in every rap category, including best rap performance, best rap song, best rap/sung collaboration, and best rap album for Magna Carta…Holy Grail.

Will Jay-Z and Beyoncé continue to eat a plant-based vegan diet after Christmas?

“I don’t know what happens after Christmas. A semi-vegan, a full plant-based diet? Or just a spiritual and physical challenge. We’ll see…,” added Jay-Z.

We will see if Jay-Z and Beyoncé continue to join other vegan-diet Hollywood celebs, including actress Betty White, actor Casey Affleck, and TV host Ellen DeGeneres.

That would make for one interesting dinner party!

Would you try this latest celebrity diet? Or is a vegan diet too much to handle?