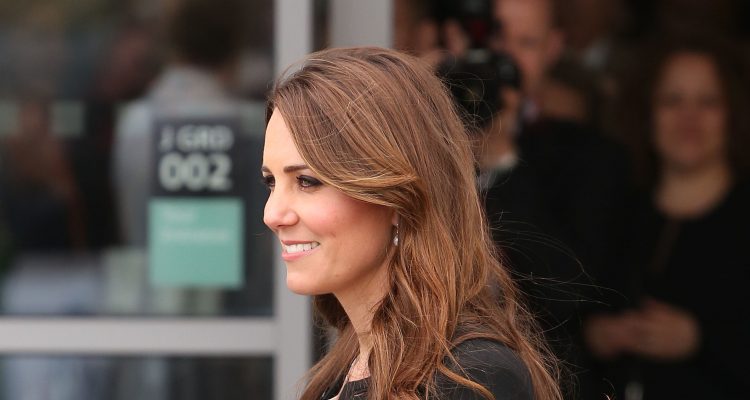 Some of the top celebrities Gabourey Sidibe, Kate Middleston, Brad Pitt, Kylie Jenner, and many others have given cardio a chance to get in shape. The results they received were really astonishing. They are left with a carved bod, a great shapely figure and also it helped shed the pounds.

The 33-year-old actress showed off her slimmer frame on Instagram last week.

Fans are showering her with inspiring and uplifting messages, congratulating the actress on her remarkable weight loss.

One of her admirers praised her saying that she was an inspiration and potentially empower others to make changes to their lifestyles and lose weight.

Her nutrition coach started her off at a gradual pace by removing the three highest sources of calories in her diet: sausage pizza, chocolate ice cream and chocolate bars. So basically, the nutritionist removed junk food from Sidibe’s diet.

Her diet comprised of powerful ingredients to help stimulate the metabolism and lose weight quickly. Exercise was also a large part of her weight loss regimen and she did a leg-and-cardio routine that helped her burn a lot of calories per session, three to four times a week.

Her trainer has said that to burn fat rapidly and effectively you need to train your body’s largest and strongest muscle groups consistently and frequently.

Kate Middleton’s super slim body is due to a low-carb diet and a regular workout routine. Kate Middleton, has emerged as a beauty and fitness icon due to her slim physique and chic style.

Kate Middleton’s body transformation is credited to low-carb, high-fat, high-protein diets like the Atkins and ketogenic diets that are designed to fuel rapid weight loss, and induce the body to burn fat as a fuel source. Her diet includes low-carb foods like fresh fruits, vegetables, healthy juices, and lean meats.

A favorite juice blend of the Duchess is a puree of almond milk and berries. The juice has helped her avoid cravings for unhealthy refined sugar. When Middleton does cheat on her diet, she often consumes dark chocolate and gummy candies.

Exercise has been part of her routine ever since she participated in sports in school, such as swimming or cross-country running.

Kate Middleton began working out with a personal trainer after her first pregnancy.

Middleton’s workouts included yoga and Pilates throughout both pregnancies.

Kate Middleton will even make use of weight lifting with her cardio exercise, which prevents her from spending time lifting weights. The strategy helps Middleton tone her upper body and limb muscles. She will also combine exercises like step-ups with push-ups, and squats and lunges.

Brad Pitt’s toned body in the cult classic movie Fight Club is enviable. At the time of filming, Pitt is reported to have had only five percent body fat and he maintained a lean—but muscular—mass. Even after all this time, guys are still searching the internet for Brad Pitt’s Fight Club workout.

Run for 40 minutes in the morning on an empty stomach; or, focus on doing 20 to 25 minutes of high-intensity interval training later on in the day. Get the best results on mixing the two.

To get that lean body, you need to lift weights often and with some weight to them: if you don’t, you won’t sculpt that sought after boxer physique. Do three weight routines every week.

Pilates is a great exercise for creating a strong core and sculpted abs.

He ate six meals a day, which ensured his metabolism was always ready; his body always had a source of fuel—primarily protein—to turn to, leaving the body very little room to store fat.

Breakfast was usually oatmeal with raisins and six egg whites, followed by a mid-morning snack consisting of a tuna sandwich on whole wheat bread.

Lunch was brown rice or brown pasta with two chicken breasts and vegetables, followed by another snack around 4:00, which was typically a whey protein shake, protein bar, and banana.

Post-workout snack at 6:00, the same as the snack above without the protein bar.

Dinner was grilled fish or chicken, pasta or brown rice, and salad, and then a final snack of whey protein around 10:00 p.m.

Kylie Jenner is seen confidently flaunting her bikini body after her weight loss.

Jenner recommends that her fans plan ahead of time and keep some healthy snacks at hand. It’ll help you satisfy your craving and to avoid heading to a fast food joint. She always has Justin’s Almond Butterpackets with her to snack on when she feels like grabbing some munchies.

Although her detailed diet plan isn’t known to us, she says she includes Fit Tea Detox, organic juice, and Kale salads into her weight loss diet.

Jenner says that she sometimes joins Kourtney for a workout and comments that working out with a friend or family member helps achieve outstanding and rewarding results.

Khloe Kardashian, the gorgeous lady, looks better than ever thanks to her two times a day workout, which includes intense cardio.

Her two-a-day routine consists of intense morning cardio. It energizes her and provides her energy. The evening cardio, helps her gain and build muscle.

In a pic shared on Instagram it seems Kardashian has not given up her not-so-healthy habits. She poses with a can of coke.

Along with the carbonated beverages, Khloe and her sisters – Jenners included – are often posting advertisements for fit and detox teas. These teas promise to help cleanse the body, relieve bloating, and of course aid in shed the extra flesh.

You can’t deny that Khloe Kardashian does look amazing and has managed to lose quite a bit of weight over the last few years. Sure, working out twice a day can help you maximize weight loss as you are burning more calories than you are taking in; but we don’t necessarily suggest that you follow in her footsteps and opt for carbonated drinks or detox and cleansing teas.