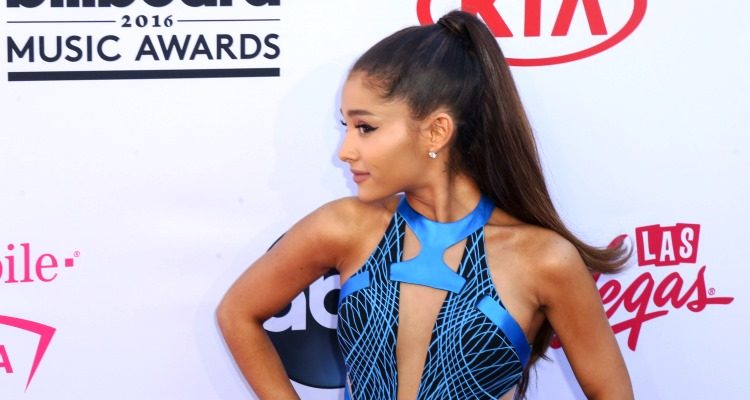 You may be surprised to learn that there are many celebrities following the vegan diet, staying in shape and looking great while avoiding animal products.

While many people are afraid that eating a vegan diet will cause them to lose their gains in the gym or have a negative impact on their figure, eating vegan can be healthy and great for your physical appearance. Ariana Grande’s weight loss was achieved using a vegan diet, and Elle Goulding’s bodybuilding routine is fueled by vegan foods, such as fruits, vegetables, and legumes. Carrie Underwood’s figure is attributed to a vegan diet, as is Jenna Dewan’s weight loss. Other vegan celebrities, such as Candace Cameron, have also embraced the vegan lifestyle.

Let’s take a look at some of the celebrity vegan diet news from this past week.

How does one get Ariana Grande’s bikini body? The singer and actress is already petite, and weight loss for the 23-year-old hasn’t really been necessary, but she’s shed a few pounds and a lot of that is due to her diet.

A vegan lifestyle means avoiding any and all animal products, including non-food-based products. It’s essentially a plant-based diet, but if getting Grande’s bikini body is a goal, then perhaps this is the sort of diet that can be helpful for weight loss. It also means trying to find substitutes for common food staples such as milk, eggs, and butter. Grande’s diet also includes drinking lots of water and snacking on healthy almonds or roasted beans. In light of this, her weight loss in recent years makes a little more sense since she seems to be eating foods that are low in carbs and fat.

Ellie Goulding Looks Stunning at Serpentine Gallery Summer Party 2016 in London, Thanks to Her Vegetarian Diet

Ellie Goulding, known for the hit single, “Love Me Like You Do,” from the movie Fifty Shades of Grey, was spotted in a white deep V-neck dress as she was leaving the Serpentine Gallery Summer Party 2016 at Hyde Park in London. Goulding looked slim and adorable, and she credits her new body shape to her vegan diet and her high-intensity interval training (HIIT) exercise regimen.

Also a bestselling author, inspirational speaker, and host on The View, Bure follows a strict vegan diet and performs regular workouts to stay in shape.

Recently having turned 40, many people have asked her how she keeps in phenomenal shape and managed weight loss after having three kids.

Of course, the answer lies in diet and exercise (in her case, a vegan diet), which is the key to how most people, whether they’re celebrities or not, lose weight and keep it off. Candace Cameron Bure suffered from bulimia growing up and it wasn’t until six years ago that she dropped 22 pounds, keeping the weight at bay since.

Carrie Underwood recently shared a picture of her bikini body while on an anniversary vacation with husband Mike Fisher.

They enjoyed time on a boat and ate near the ocean; what they ate is unclear, but Underwood follows a vegan diet, so her meal certainly didn’t contain any animals or animal by-products.

Another important part of Underwood’s vegan diet is that she never skips breakfast and makes it her largest meal of the day. She drinks water as soon as she wakes up, even before she begins preparing breakfast, and she also keeps a food journal where she’s been documenting every meal for the last six years (except when she’s on vacation).

Jenna Dewan Tatum Sticks to Vegan Diet and Drops 33 Pounds, but Channing Tatum Gives Up on It

Jenna Dewan Tatum suggests her vegan diet and dance workouts helped her drop a whopping 33 pounds just several weeks after giving birth to her daughter in 2013.

Dewan Tatum, who can be found showing off her washboard abs and fit glutes in the current issue of Women’s Health, is known for her dance roles in Step Up (in which she co-starred with husband Channing Tatum), and Take the Lead.

The actress has been a vegetarian since she was 13 years old, but a vegan diet is responsible for her weight loss post-pregnancy. Her typical daily food intake includes oatmeal, fresh vegetables, vegan enchiladas, and green salads, with a chopped-up veggie burger.