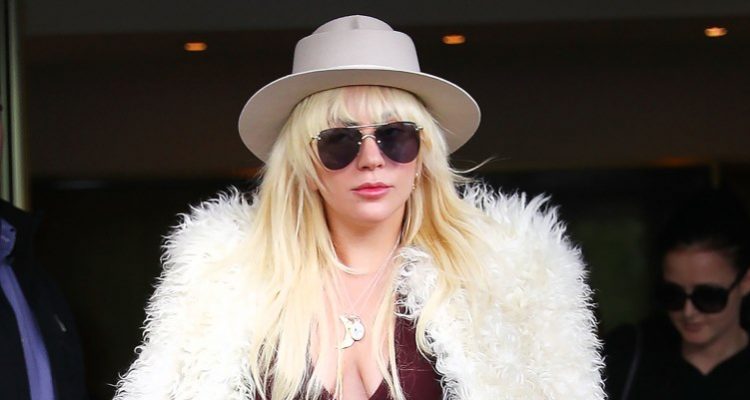 Eating Disorders Can Affect Anyone

We often don’t believe famous actors with eating disorders, but did you know that Lady Gaga, Russell Brand, Jessica Alba, Kesha, and Demi Lovato have all battled with them? Sometimes when we hear that someone has an eating disorder, we become judgmental because it is not something we can understand.

There are often dynamics occurring below the surface that drive the detrimental behaviors of someone suffering from an eating disorder. The most common are anorexia nervosa, bulimia nervosa, and binge eating. They can exist alone or in combination with other anxiety, impulse-control, or substance-abuse disorders. They can afflict anyone regardless of gender, race, class, sexual orientation, or social standing. Approximately 30 million people in the U.S. have an eating disorder.

Did you also know that there are many more celebrities who’ve had eating disorders? They include Paula Abdul, Alanis Morissette, Jordan Younger, Princess Diana, Elton John, and Jane Fonda.

List of Celebrities Who Battled Eating Disorders: Bulimia and Anorexia 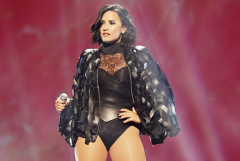 Demi Lovato is a pop sensation who has publicly battled with bulimia and anorexia and was treating for the eating disorders in 2010. Since then, she has been an advocate for young people struggling with eating disorders and mental illness. Lovato was also diagnosed with bipolar disorder and shares words of wisdom and inspiration with her fans, Lovatics, to demonstrate that inner demons can be overcome with help. 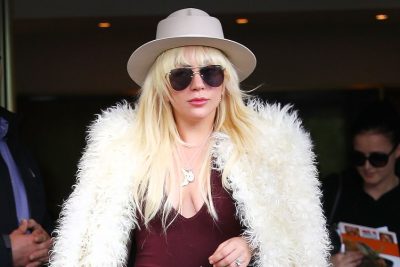 Lady Gaga is wildly famous and known for her outrageous, over-the-top fashion statements and dramatic presentation. The singer-songwriter says she has struggled with anorexia and bulimia since she was 15 years old, and she shared that on her site LittleMonsters with her fans. She created the Born This Way Foundation, which helps connect young people with resources to address issues around body image, substance abuse, bullying, and more. The non-profit organization was established to help struggling youth know that they are not alone, and it hopes to create a more compassionate world. 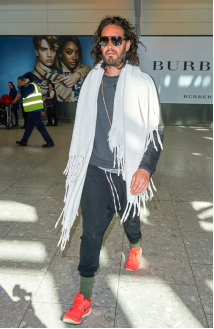 Russell Brand may be a comedian, but his past is certainly no joke. The actor battled bulimia and substance abuse as a teenager, which proves that eating disorders can occur among men as well as women. There are an estimated 10 million men who suffer from an eating disorder in the U.S. Now a vegan and very open about his sobriety, Brand is said to donate money to recovery and treatment programs for drug addiction. 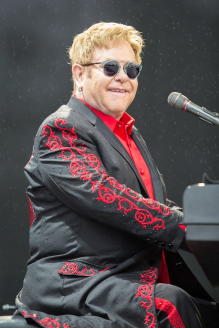 Our beloved Elton John, with his spirited tunes and timeless music, is another man who has battled with a lot in his past, including alcoholism, drug abuse, and bulimia. He sought treatment to deal with his addictions and bulimia. With his troubled past behind him, the musician has learned to embrace his sexual identity, body, and overall life. He also focuses much of his energy on his AIDS foundation and his family. Regarding his decision to put his demons behind him, he has said, “There was no question: I was either going to change or I was going to die.” What a fighter! 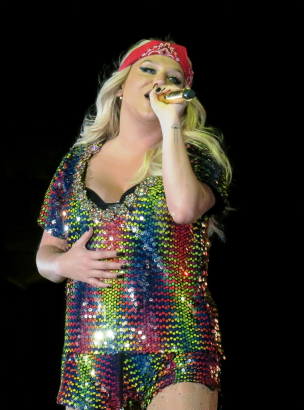 Pop star Kesha is also open about dealing with bulimia. The singer checked herself into a rehab facility to deal with her eating disorder and learn to better love her body and whole self. She is an advocate for young women loving who they are, despite the social pressure they come under to live up to certain expectations, but she found it hard to practice what she preached. That’s why she made the decision to go to rehab, saying, “I had to learn to treat my body with respect”.

Other famous actors with eating disorders include:

Alba, who revealed to the public that she has struggled with her weight despite having one of the most enviable bodies in Hollywood. She said, “With treatment, I have now conquered the fear that drove me to become dangerously thin”.

Lindsay Lohan, who revealed in a Vanity Fair article back in 2006 when she was dangerously thin that she suffered from bulimia. She said she was very sick and scared, and friends sat her down to say that she needed to get help and take care of herself or she was going to die.

Nicole Scherzinger, the former lead singer of the musical group the Pussycat Dolls. She revealed to Cosmopolitan magazine that she struggled with bulimia, calling it a “horrible, paralyzing disease.” At the height of her career, when her music group was on top of the world, the singer revealed she was miserable and was found passed out by her manager on different occasions. She has since learned to love herself but still mourns the ways in which she said she wasted her life at that time. “You only have one life,” she said.

Diana, Princess of Wales, another celebrity and public figure who was adored by so many. She revealed in 1994 that she had battled bulimia and self-mutilation. Her courage and outspokenness raised public awareness and understanding.

Morissette, who recalled struggling with anorexia when she first burst into the music industry at a young age. The Canadian singer-songwriter felt incredible pressure being in the spotlight and dealing with the scrutiny that comes with it. She dealt with this by seeing a therapist and is an advocate for mindfulness. She also leads a balanced lifestyle by doing yoga, journaling, writing, and meditating.

Some celebrities who have battled a binge-eating disorder include Abdul, Monica Seles, and Kerry Washington. A binge-eating disorder occurs when someone habitually consumes an unusually large amount of food without purging it. It is often used as a way to cope with feelings of shame and embarrassment and can lead to obesity. Four million Americans suffer from the disorder, according to the Office on Women’s Health.

Abdul checked herself into a mental health clinic in 1994 after binge eating, purging, and over-exercising for many years due to low self-esteem and insecurities about the way she looked. She has since recovered from the illness but still sees a nutritionist and therapist to take it one day at a time. She works with the National Eating Disorders Association to support and encourage young people who need help.

Seles was a very successful professional tennis player, but did you know she battled with a binge-eating disorder for 10 years? Yes, she shared that secret in an interview with Good Morning America about her experiences to raise awareness of the disorder. She finally turned her life around after realizing how her disorder was taking over her life. She encourages others to come forward if in need, too.

The stunning and confident Washington, meanwhile, has revealed that in college, she went on binging episodes and then exercised for hours to compensate for all the food she had consumed.

Eating disorders are serious illnesses that require medical attention and therapeutic support. Learning ways of coping with the underlying feelings that accompany the destructive behavior will help you take back control of your life. If you are dealing with this, please seek help, and know that you are not alone. Many celebrities like Lady Gaga, Russell Brand, Jessica Alba, Kesha, and Demi Lovato have all sought help and can now find pride in their strength to overcome their illness and rediscover self-love. You can, too.