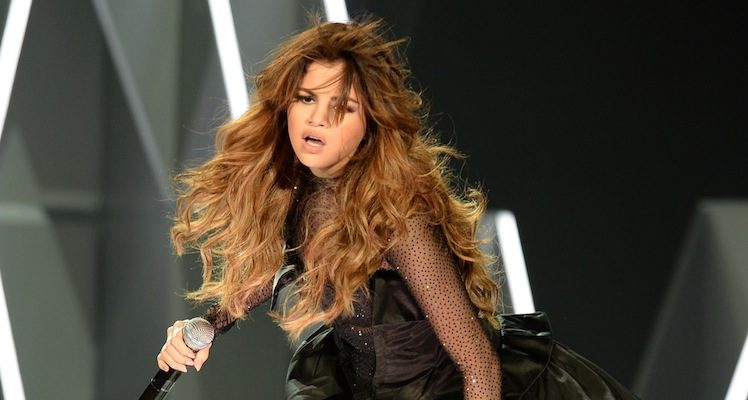 What’s it like for these celebrities to cope with their conditions while living highly public and stressful lives? Read on to find out.

Selena Gomez is one of the biggest pop stars in the world, but life is not always glamorous, even for her. The former Disney star and “Kill Em with Kindness” singer battles the autoimmune disease known as lupus, undergoing chemotherapy to help treat it.

Although her condition was kept private for years, Gomez decided to take a break from music in 2013 and checked into a rehab facility in 2014 to spend some time on herself.

Taking care of oneself is very important when dealing with lupus, as it is a lifelong condition that can attack and damage any part of the body, including the skin, joints, and organs. Healthy tissue is destroyed, leading to inflammation and pain, because the body cannot distinguish between the healthy tissue and foreign invaders like viruses and bacteria. 90% of the 1.5 million Americans suffering with lupus are women aged 15 to 45.

Despite Selena Gomez’s lupus diagnosis, the good news is that she is doing great now. With her new album, Revival, Gomez proves she can rise above her disease.

Tom Hanks is known for being an impressive actor and a wonderfully charming man, but he also describes himself as an “idiot.” Why is that? The actor ignored the warnings he received about his blood sugar levels from his doctor and wound up with type 2 diabetes. The Tom Hanks type 2 diabetes diagnosis was first revealed to the public on the Late Show with David Letterman in 2013.

The actor said: “I went to the doctor, and he said, ‘You know those high blood sugar numbers you’ve been dealing with since you were 36? Well, you’ve graduated! You’ve got type 2 diabetes, young man.'”

Although Hanks uses humor to make light of the situation, there is nothing funny about type 2 diabetes—which occurs when blood sugar builds up in the blood instead of being used for energy—and it is not so simple to reverse the condition. A healthy lifestyle change and weight loss are musts.

Charlie Sheen says he contracted HIV after having unprotected sex on different occasions. He publicly shared his diagnosis in November 2015 and if there is anything others can learn from the Charlie Sheen HIV experience, it is to use protection when having sex. HIV, which stands for human immunodeficiency virus, attacks the body’s immune system.

The Michael J. Fox Parkinson’s disease diagnosis was made in 1991 when he was only 29 years old. Now, at age 54, the disease is said to be getting worse. Fox underwent brain surgery in 1999 to help control his shaking, but it seems the disease is now taking a real toll on Fox. The disease affects the nervous system, causing involuntary tremors, muscular rigidity, and imprecise movement. It progressively gets worse and there is no known cure at this time.

Lena Dunham has openly talked about her battle with endometriosis after she was hospitalized and underwent surgery in March. The Girls star, 29, says she is now doing better than ever and feels “really alive.” She says she was glad she took the time to recover after the Lena Dunham endometriosis diagnosis, given her demanding job.

Did you know Pink suffers from asthma? It’s hard to believe given her strenuous performances and her appreciation of fitness. The truth is, the singer Pink asthma diagnosis was made when she was two, after she was born with a collapsed lung.

George Clooney suffers from chronic pain. He was in an accident in 2005 while shooting a film and it caused a breakage in his spine, which now persistently leaks cerebrospinal fluid.

Although he has managed his pain with prescription medications, it will never fully go away and he sometimes can’t sleep at night due to the pain. The George Clooney chronic pain experience is not unique, though, as more than 116 million Americans suffer from debilitating chronic pain.

Ki Kardashian West presents an image of physical perfection to her fans, but the Kim Kardashian psoriasis diagnosis means the reality TV star can suffer from red and silvery-white lesions and scales on the knees, elbows, scalp, and lower back. Psoriasis is said to be hereditary and there is no cure for it, but there are creams and lotions that help.

The Jack Osbourne multiple sclerosis diagnosis was made in 2012, two months after the birth of his first child. Some of the symptoms he experienced years before his diagnosis included vision problems, tingling in his legs, numbness, and stomach and bladder problems. The autoimmune condition attacks the brain and spinal cord and can cause mild or serious problems like paralysis.

Tennis superstar Venus Williams has a chronic illness known as Sjogren’s syndrome. Common symptoms include depression, swelling, numbness, and fatigue. The disease causes the immune system to attack tissues in the glands of the eyes and mouth specifically, as well as the vital organs like kidneys and lungs.

To manage the condition, Williams made a drastic lifestyle change by going on a full raw vegan diet (which she doesn’t always adhere to, but she forgives herself). The Venus Williams Sjogren’s syndrome is also managed by consuming a lot of fresh juices and wheatgrass shots.

Academy Award-winner Halle Berry is known for noteworthy performances onscreen but off-screen, the Halle Berry type 1 diabetes struggle is ongoing. At 42, she went into a diabetic coma while on the set of the television show Living Dolls, but since then she has learned to manage the disease.

Finally, rapper Lil Wayne has battled with epilepsy for years. He shared in an interview that there are no warning signs before seizures occur and they can strike at any time. What makes matters worse is that Lil Wayne has no memory of when an epileptic episode happens and he often has to be reminded of events by family and friends. Although the Lil Wayne epilepsy battle is a serious health problem, it doesn’t stop him from continuing to live his life.

Celebrities with chronic illness are a reality. Despite their glamorous lives, they have to deal with hardships like everyone else and embrace healthy lifestyles to ensure they are in good health. If you are dealing with a chronic illness, you are not alone.