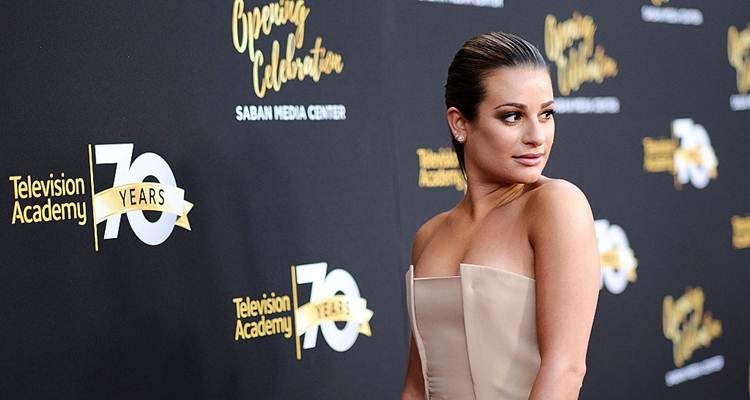 Shape magazine featured a luminous face on their cover page—Lea Michele. Michele attended Shape’s Body Shop event in New York City. The Scream Queens star looked stunning as she showed off her strong abs in a crop top at the event.

For those strong abs, she surely must be following a healthy food plan and working out hard.

Michele told Shape, “I’m passionate about working out. I love it. I’m in the best shape I’ve ever been in.” She also mentioned that she tries working out every day if possible. She says, “Right now I have so much energy, my skin looks good, and my butt is higher than it’s ever been. I’ve been skinnier and I’ve been bigger, and I’m never hard on myself one way or the other.”

Leonardo DiCaprio’s girlfriend, model Nina Agdal, showed off her rock-hard abs on Instagram recently which proves she’s dedicated to fitness and takes her workouts seriously—and she may be tougher than you think!

The 24-year-old beauty was interviewed by Entertainment Tonight at her regular hotspot, Overthrow Boxing Club, in New York City last week where she revealed her secrets to staying in great shape.

Sports Illustrated model, Nina Agdal, has a few things one would envy. For starters, she is dating Leonardo DiCaprio, and well, she could probably kick your butt in the boxing ring.

When interviewed about her workout regimen, Agdal went on to explain that one thing she never regrets is working out because it always makes her feel good in the long haul, unlike a slice of pizza or a glass of wine.

Jessica Alba will be revealing her toned abs in her Halloween costume this year, and it will be quite the sight to see since the actress is known for having an incredible figure. It’s not what you might think, though.

The Dear Eleanor actress says her daughter would really love for her to go as Nickelodeon cartoon, Shimmer and Shine, so Alba might have to dress up as a genie with blue hair. Her second costume might be Edina Monsoon of Absolutely Fabulous. Either way, we have no doubt Alba will look great. Here is a look into how she stays in shape.

Jessica Alba not only runs a billion-dollar empire, but she’s also a mother, wife, and overall bombshell. She’s always had an enviable body, and she works hard for it. So, how does the actress stay in shape?

Looking at her well-maintained physique and toned body, it is hard to believe that Adriana Lima is a mother of two. Her slim body and strong abs are the result of more than 10 years of training with Michael Olajide, Jr. Boxing is the biggest passion for Lima, and her trainer trains her as if she were a real boxer.

The Victoria’s Secret model follows a healthy lifestyle along with intense boxing workouts.

Lima, 35, says that getting a tight backside is all about doing power squats, burpees, and running. To target the glutes, squats are a great workout. It is a full-body workout, which can help tone your butt. To keep the butt lifted, a combination of workouts is essential. A simple exercise like walking can also do the trick.

Melanie Janine Brown is better known as Mel B. The 41-year-old rose to prominence as Scary Spice in the all-female pop group Spice Girls. She has also had an acting career and a solo career as a singer and rapper.

However, since 2000, Mel B has been dedicated to a variety of non-singing projects. For instance, she is currently a presenter for Lip Sync Battle UK and judge for The X Factor Australia, and America’s Got Talent. Mel B has also been known to show off her workout fitness routine and strong abs on Instagram.

The former Spice World actress has been on a mission to lose weight, in order to become the best version of herself, inside and out. In total, she has lost about 30 pounds through dedication, discipline, and gym workouts.

Following a healthy diet and eating the right foods are one great way to get flat abs, but in order to have well-defined abdominal muscles, hard work has to go into it. And that means hitting the gym regularly or attending classes such as Pilates that focus on core strength and development as core parts of the workout. But it can be done as you’ve seen above!