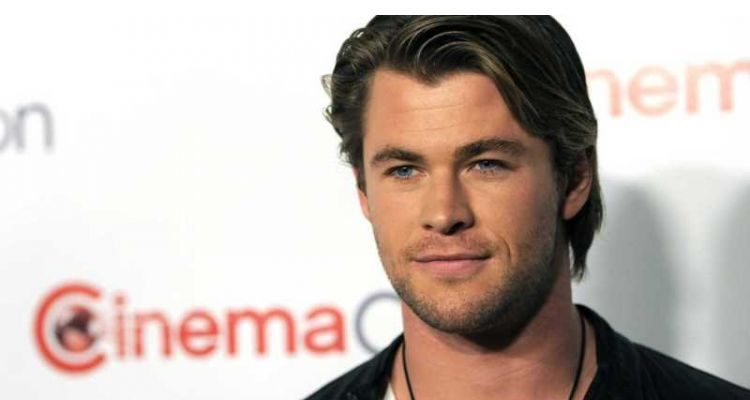 Thirty-year-old Chris Hemsworth is no stranger to crash diets—after all, to play the superhero Thor, he had to gain 20 pounds of muscle. This was no easy feat for the actor, and in order to jack up for the role, he had to go on two extreme celebrity diets: he alternated between a high-protein, high-carb diet and a low-protein, low-carb diet (although on both, he filled up on lots of vegetables). Plus, he lifted weights at least six days a week!

Apparently, that celebrity diet wasn’t too much of a challenge for Chris Hemsworth, because he’s now ready to try an even harder crash diet: he’s now gearing up to lose a ton of weight for his new film, Heart of the Sea.

“[‘Heart of the Sea‘] is the true events that inspired Herman Melville to write ‘Moby Dick,'” Hemsworth explained on Jimmy Kimmel Live! “A bunch of sailors in a whaling ship get struck by a whale, the ship sinks and they jump onto the small rafts and drift for 90 days. And basically they begin to die and eat each other…a romantic comedy. And we have to get rather skinny. So we’re on 500 or 600 calories a day.”

The once-muscular actor is now down to just 500–600 calories a day, which is far from a healthy diet! While he joked that he had a cheat day, which put him in a good mood, it’s far from a joke, considering extreme crash diets or celebrity diets can definitely alter your mood and energy.

The bright side of Chris Hemsworth’s celebrity diet is that he’s not the only one limiting himself to such few calories per day—in fact, the entire cast is on the strict celebrity diet in order to look the part for the film. So while Chris Hemsworth may be suffering from low energy and moodiness, at least he has an entire moody cast to keep him company.

So what exactly can you get for 500–600 calories a day? Chris Hemsworth’s diet includes eating a few salads, a couple pieces of protein…and that’s pretty much it, he said. He often goes to bed hungry and spends a minimum of 15 hours fasting. Talk about an unhealthy celebrity diet!

The good news, however, is that at least this celebrity diet is only for the duration of the filming—and you can bet Chris Hemsworth will be back to pizza, burgers, and shakes once the film is finished.