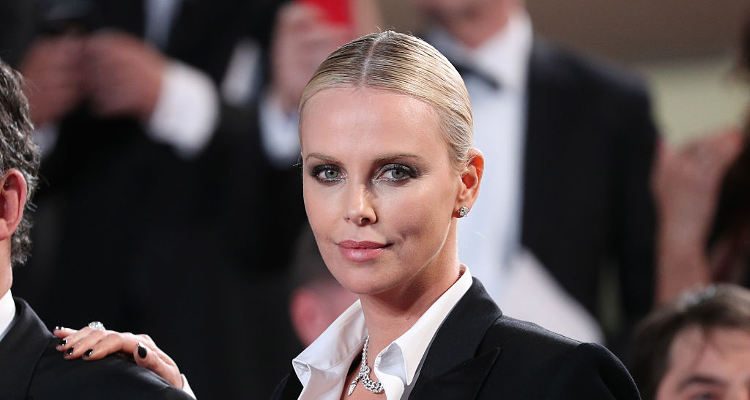 As an actress, sometimes you must gain and lose weight for various roles. Charlize Theron knows that all too well. The 41-year-old was required to gain 35 pounds for her role as Marlo in Jason Reitman’s upcoming comedy Tully, which will be released some time in 2017.

However, Theron looks slimmer than ever in the Sean Penn drama The Last Face, which also stars Javier Bardem. The movie will be released January 11, 2017.

Theron also appeared quite slim while enjoying a spa day in West Hollywood on Tuesday, Nov. 22. The method actress is entitled to a break now and again. After all, Theron has had to transform her body after filming to very different movie roles.

For the comedy, Theron’s character is gifted a night nanny named Tully, and the pair forge a very unique bond, with Tully helping Marlo re-gain control of her life. In The Last Face, Theron portrays a director of an international aid agency in Africa who meets a relief aid doctor amidst a social and political revolution.

As mentioned, it is not the first time Theron gained and lost weight for a role. She also grained 30 pounds for the role of serial killer Aileen Wuornos in the 2003 film Monster. That dramatic transformation and performance led to a Best Actress Academy Award in 2004. However, the role wasn’t about getting fat, Theron has noted.

The weight gain was about getting to a place where Theron felt Wuornos was living. Theron also ate almost nothing to portray a dying woman in Sweet November (2001).

Still, Charlize Theron’s versatility on screen is due to a healthy lifestyle, with a strict diet and regular exercise routine, off screen. Here is a look at she does to keep in shape with her diet and workout regimen.

What is Charlize Theron’s Diet Plan?

Theron’s diets have been all over the map. She reportedly ate 30 pounds of doughnuts and potato chips to portray Aileen Wuornos. How did Charlize Theron lose weight after the movie Monster? It was reported that Theron’s weight loss diet had her eating only two small meals per day, and she also cut out alcohol.

It was also a low-carb diet, and she allegedly refused to eat anything after 5 p.m.

However, when she is not preparing for an acting role, Charlize Theron consumes a balanced and healthy diet. She is said to eat six small meals at defined intervals instead of eating three heavy meals per day.

Apparently, Theron also avoids processed and junk foods like French fries, potato chips, and pizza. She will also drink lots of water in her day, especially when she wakes up first thing in the morning.

What is an example of her six-meal diet plan? She might start her day with some nutrient-dense fruits. Lunch may include a protein meal like boiled chicken or seafood. For dinner, Theron reportedly prefers salads and brown bread. Snacks could include yogurt, fruits, and vegetables.

Charlize Theron’s workouts focus on her upper and lower body, and help with her mental health as well. As a result, she has well-defined shoulders, a slim waist, and long and skinny legs. Theron has always been an athletic person. Theron is also trained as a ballet dancer. She has also enjoyed dancing, ice-skating, cardio exercises like running, yoga, Pilates, gymnastics, kettlebell exercises, and squash.