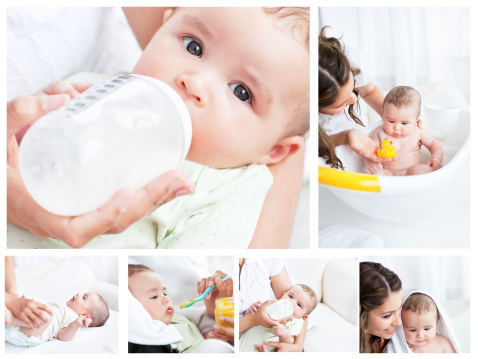 A chemical found in plastic food containers could be harming your children’s health, particularly their teeth, according to a new study.

Bisphenol A (BPA) is a chemical that is commonly found in plastic containers, plastic bottles, and food cans, such as with canned soup or vegetables. BPA is particularly useful for sealing tin and hardening plastic, but the chemical has been linked to a number of health issues.

BPA is known as an endocrine disrupter and mimics the female hormone estrogen. Previous research has suggested BPA may lower testosterone levels in men and cause developmental problems in babies and young children.

Now, a new study has found that BPA may weaken children’s teeth, causing their tooth enamel to not develop properly. A fungicide, vinclozolin, commonly used in orchards and vineyards, was also found to have the same effects.

In the new study, researchers from the French National Institute of Health and Medical Research studied newborn rats to see what effect BPA and vinclozolin would have on the development of their teeth.

Rats were given a daily dose of BPA, alone or combined with vinclozolin, starting from the day of their birth and lasting for 30 days. After the 30 days, the researchers analyzed cells from the rats’ teeth.

According to the study’s lead author, the development of tooth enamel begins during pregnancy and doesn’t end until children are five years old. This means that BPA could have particularly harmful effects for children under the age of five.

Babies also are unable to remove BPA from their bodies, which means they can suffer other harmful effects. In the U.S., BPA is banned from baby bottles.