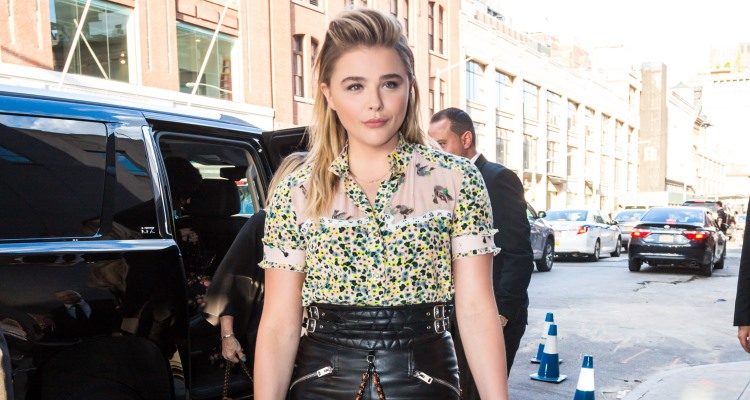 Another Chloe Grace Moretz workout took place in West Hollywood recently—and we’ve got the pictures to prove it. 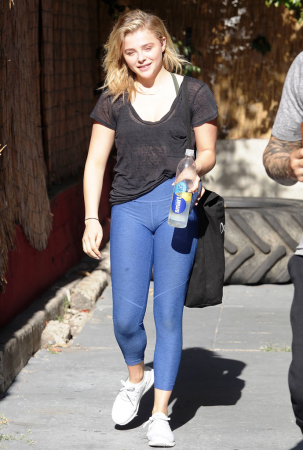 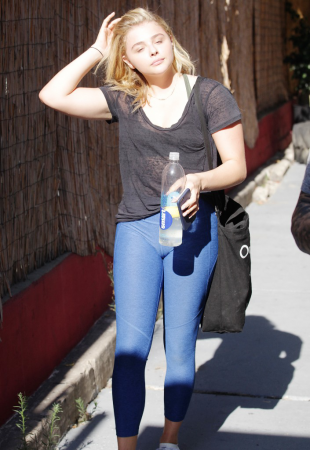 And while no Chloe Grace Moretz fitness report would be complete without the obligatory reference to her outfit or boyfriend Brooklyn Beckham’s family—we’ll try stick to Moretz’s diet and exercise.

Chloe Grace Moretz’s fitness routine is pretty basic as far as I can tell. I’m not trying to take anything away from the successful actress and model, but Chloe Grace Moretz’s diet plan and exercise habits are likely not the reason she’s being Googled. Moretz’s exercise routine seems to consist of SoulCycle classes—which are great cardio and plenty of fun—that focus mainly on endurance.

According to SoulCycle’s web site they’ve revolutionized spin classes. There is a mixture of intensities from sprinting to climbing—even some dancing is included—and apparently they’ve introduced some weights, too. Basically it sounds like circuit training on a stationary bike, and it’s all the rage right now.

Whether or not this is Chloe Grace Moretz’s daily routine is beyond me, but at only 45 minutes per day, it is surely accessible to complete a class multiple times per week.

Nineteen-year-olds can typically get by with less than ideal eating habits and loose exercise routines, and it’s likely she’ll pick up the pace if she’s turns out to be a Hollywood mainstay. As far as her diet goes, she says she “eats clean” and includes things like salads and smoothies in her daily routine.

Smoothies are all well and good if you’re looking to reduce calories and get some nutrition you wouldn’t otherwise, but they are not as good for you as you might think. A drawback to smoothies and juices is that they are not very filling.

Whole foods have a different effect on your metabolism and hunger hormones, taking longer to break down and also keeping you satisfied longer than liquid meals do. Smoothies are also largely devoid of fiber—which make fruit and vegetables so valuable—so it’s best to use them sparingly and opt for whole foods most of the time.

Chloe Grace Moretz’s gym performance is likely hampered by the fact she admits to not eating breakfast. She’s been quoted saying she doesn’t like to eat in the morning, and usually waits until 2 p.m. before eating a big salad with chicken or some tacos.

I wouldn’t recommend you follow this with your own routine, and I’d also be willing to bet that such a routine leaves Moretz feeling kind of slow the rest of the day. Instead, try eating breakfast every morning to regulate your appetite during the day and making sure your body has the fuel it needs to be productive. Eating a high protein breakfast is scientifically proven to regulate hunger hormones and reduce snacking on sugary, starchy foods (like tortilla shells and taco sauces) later in the day.