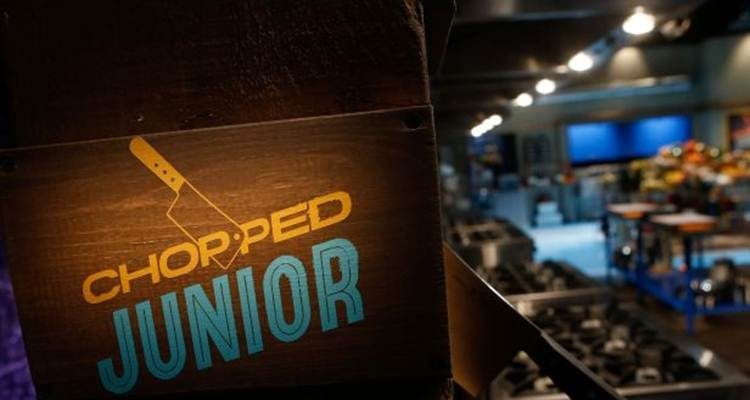 Chopped Junior—a reality cooking TV show series hosted by Ted Allen—pits four adolescent chefs against each other in a fun and friendly competition of food and cooking (oh, and for the chance to win $10,000).

Two appetizing episodes from season three were “Think Fig” and “Curry Hurry”—both are airing this week on the Food Network.

In this episode, a new group of junior chefs have to win over a new panel of judges that include chef Tiffany Derry, actress Busy Philipps, and chef Aaron Sanchez. The junior chefs find an egg and a unique version of chicken and waffles in their mystery baskets on this episode.

Orange noodles and a red paste round out the mystery ingredients that the kids need to use to create an entrée dish. The two finalists then need to find creative ways to turn Italian pudding and sweet sushi-shaped sandwiches into desserts that are original and tasty without being too weird and off the wall. The idea is to create something people will enjoy.

In this episode, the young cooks are exposed to some top-notch and expensive seafood in their first basket. The kids have trouble making the most of the limited time they have in order to impress the judges—Ta’Rhonda Jones, chef Aaron Sanchez, and restaurateur Sabin Lomac.

Midway through the show, bacon is found in an unusual place in the entrée basket and some figs and peaches have to be turned into a dessert.

Chopped Junior—based on its predecessor Chopped—features kids between the ages of nine and 15. Adolescent competitors have 30 minutes to prepare an appetizer, and then another 30 minutes to make both an entrée and dessert (which in hindsight seems like an odd way to stack the times).

The dishes are then critiqued by a panel of judges and are scored based on three aspects:

One competitors dish gets “chopped” from the game, leaving the remaining contestants to battle it out in the following weeks.

Chopped Junior judges have to be a bit easier and kinder to the younger competitors than the adult judges on Chopped, but they nevertheless have to be fair with their assessments—which can sometimes make the contestants cry. But the themes the showrunners pick are fun for the kids, and you can tell by the creative names.

The next two episodes running on the Food Network this week are “Curry Hurry” and “Think Fig”, and the descriptions alone show how engaging this competition really is for these junior chefs.

New episodes of Chopped Junior air every Tuesday at 8:00 p.m. on the Food Network.