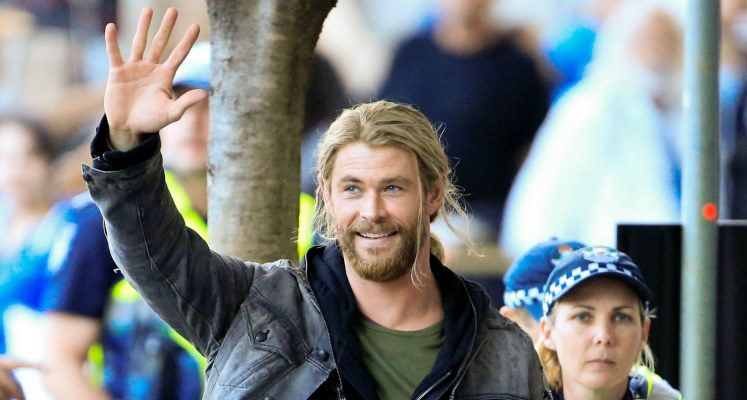 Chris Hemsworth’s workout routine for Thor: Ragnarok is as incredibly intense as one might think: the workouts are fit for a Norse God. It’s hard to believe a mere mortal can do what Hemsworth has to take on the mythical superhero. Few actors have matched the Australian heartthrob’s zeal in bulking up for a role.

Chris Hemsworth’s workouts have been guided by two different trainers, and both have proven instrumental in sculpting a body fit for a god. Though Hemsworth tells Coach magazine Thor “looks to be about 500 pounds” in the comic, the actor tried his best to look as strong as possible within the limits of his human frame. Chris Hemsworth stars in Thor 3, called Thor: Ragnarok opposite Tom Hiddleston and Sir Anthony Hopkins in November 2017.

For the first Thor film, Hemsworth worked with ex-Navy SEAL and personal trainer Duffy Gaver, who used body building techniques in his workouts for the actor. Gaver paid close attention to Hemsworth’s arms and shoulders, which is so very apparent on screen. Those biceps and triceps are literally bulging in his sleeveless outfits.

Hemsworth gained 20 pounds (of muscle, it can be assumed) and managed to maintain it mostly, as Chris Hemsworth’s muscles returned in Thor: The Dark World and The Avengers. . Chris Hemsworth’s workout for Avengers 2 was much the same. Gaver says achieving the Thor physique all comes down to hard work and nothing else. .

Gaver says people see Hemsworth and think he was on steroids, which Gaver strongly denies. He maintains that Hemsworth bulked up thanks to red meat (and lots of it), heavy weights, and protein powder. And according to the trainer, the actor “crushed every single workout.”

Hemsworth admits that getting a superhero physique was a ton of hard work. He enlisted a second trainer, Michigan’s Art of Strength director Michael Knight. The actor says Knight’s kettlebell routines were super intense because they combined cardio with weight lifting.

He says his previous training was more cardio based, mainly boxing and Muay Thai, with some weight training. The 33-year-old actor has said that he prefers to be training than not. Consistency is definitely key when trying to maintain a certain type of body and muscle set.

Try this sample Chris Hemsworth Thor workout. Concentrate on bulking up for the first eight weeks, ramping up the number of reps as each week progresses. There are three main areas to focus on when following Chris Hemsworth’s fitness training:

Hemsworth’s kettlebell routine follows three circuits, one of which is outlined below.

When building muscle in particular, the goal is to get as lean a body as possible with minimal fat, and to eat protein primarily, because muscle is built from protein.

Hemsworth ate a lot of clean protein, fruit, and vegetables, with a few carbs thrown in the mix. He also drank four to five liters of water a day. The diet for Thor isn’t complicated or tricky to achieve; it is based on eating food for fuel and building muscle.