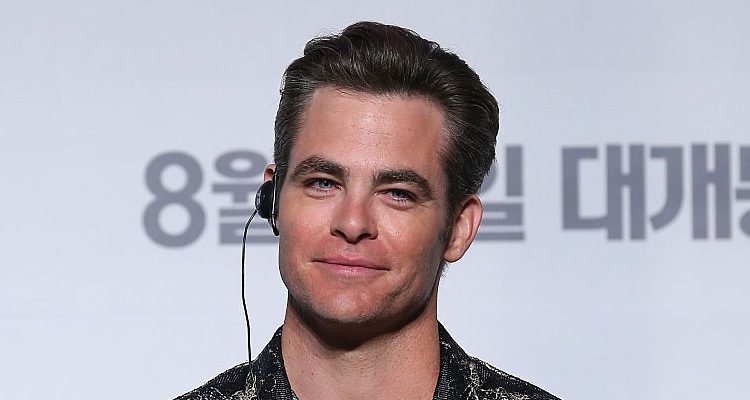 Star Trek star Chris Pine will star alongside Reese Witherspoon in Ava DuVernay’s adaptation of A Wrinkle in Time, which is set to come to the big screen in 2018. Pine is known for being a super hunky American actor and also for having an impressive physique. Let’s look at how he stays in shape.

To stay in great shape, Chris Pine follows a fitness regimen that involves a combination of boxing, yoga, circuit training, and cardio. Boxing is a great whole body workout that targets all the important muscles. It seems to be working really well for Pine judging by his chiselled physique. Pine also does a lot of cardio in the form of hiking and jogging. He enjoys outdoor activity; it helps him shed excess calories, increase heart rate, and burn fat, so it’s really a win-win. Sometimes exercises indoors can be boring and outdoor cardio can add an extra challenge to your workout because of the different inclines and speeds that you find. It’s a great way to build endurance.

To get his metabolism going in the morning, Pine often does a daily superset. It helps his body shift into a fat burning state throughout the morning. He works with a Swiss Ball and does Swiss Ball extensions and Arch and Rock exercises. These help to improve his posture and work his abs to build a strong core and back.

Pine also performs workouts with his trainer, Paul Vincent. Together, they do cross training and it helps Pine get out of his comfort zone and doing some pretty athletic moves that he’s not typically used to. Especially while preparing for a shoot or new film, Pine uses metabolic circuit training, as mentioned previously. This means he does a lot of strength based movements at a fast pace. He often does this at the Altus Sports gym in Santa Monica, California.

To complement his workouts, Pine sees a chiropractor, physical therapist, and masseuse. This is something athletes do too, so it gives you an idea of the amount of physical activity he does to stay in great shape. All this activity can take a toll on the body, so to be proactive he seeks these professionals to assist him in moving forward with all his fitness goals in a safe and comfortable way.

Chris Pine believes in following a healthy diet. In fact, he thinks that 70% to 80% of “better body” results come from what you eat. To prepare for movie roles, he begins a high-calorie diet. This isn’t empty calories or carbs, though. It’s all healthy, nutrient dense foods. He believes in eating foods that empower him to perform at his best and give him adequate energy.

He does like to begin his morning with coffee (as most do!) and says that, due to his high metabolism, he tends to pack snacks and eat them throughout the day. He shared this with Allure magazine and went on to explain that he’s very picky about the types of carbs he eats. He likes to eat mostly lean protein such as seared tuna. He also gets most of his complex carbs from veggies which complement his meat choice. He also drinks up to a gallon of water to keep hydrated.