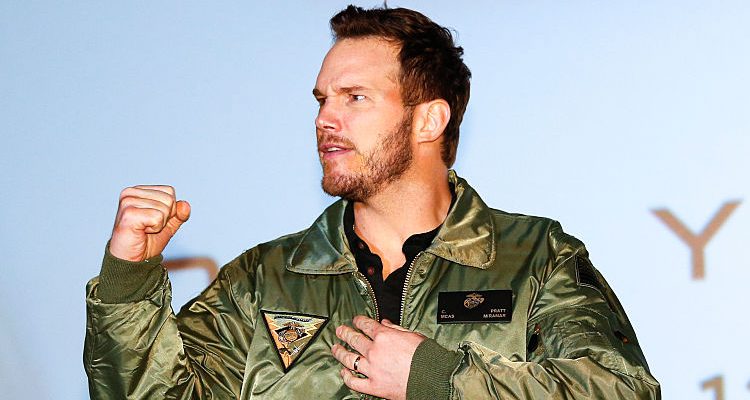 With the release of Passengers on December 21, 2016, Chris Pratt’s fans saw the star’s transformation and is now a fitness icon after obesity.  A look at the Guardians of the Galaxy star’s ripped shape contradicts the fact that he skyrocketed to fame as a chubby goofball.

In Passengers, Chris Pratt plays Jim Preston, a mechanical engineer who wakes up 90 years early after a malfunction in the starship Avalon while the entire colony of 5,000 people are in hibernation pods. The movie received mixed reviews from critics and grossed $127.0 million against its $110.0 million production budget.

Weight was always a big concern for Chris Pratt and back in 2011 when he auditioned for Moneyball, he was told that he is too fat to play the role. He told Vanity Fair, “So I decided to drop the weight, like in wrestling. I couldn’t afford a trainer, so it was all running and crash-dieting and cutting alcohol.”

Pratt loves to wrestle and spent his entire childhood wrestling. Although he spent almost eight hours a day wrestling and was once a top wrestler in his state, it didn’t help him lose weight.

Chris Pratt weighed around 300 pounds when he auditioned for Guardians of the Galaxy. With his incredible dedication, he shed 60 pounds in six months and showed off his chiseled physique. He credited his weight loss to controlling his beer intake.

Chris Pratt’s transformation workouts include P90X, running, swimming, boxing, kickboxing, and triathlons. He trained for six days per week and is so dedicated that his trainer, Duffy Gaver, says he isn’t a client you have to push but the one you have to pull down.

Pratt started with bodybuilding-type workouts and proceeded to bodybuilding and conditioning. Following that, he did conditioning exercises consisting of cardio circuits, swimming, mountain biking. Also included in his routine was working out on a treadmill/rower circuit mixed in with weightlifting or calisthenics. Training Chris Pratt was easy as he was well aware of his weight loss goals.

He drastically changed his unhealthy diet and included fruits, nuts, seeds, and green veggies in his diet. He got rid of nutrient-deficit, high-calorie foods and alcohol and consumed a low-carb diet instead. He swapped red meat and turkey with lean meat like fish and chicken. He drank enough water to stave off his hunger and keep him hydrated.

Now that Chris Pratt has lost so much weight, he doesn’t indulge in his wife’s home-cooked meals. He said, “She likes to cook and I don’t get to eat as much of her cooking as I used to. He’s not gone forever. He’s just on vacation for a couple years, but he’s coming back.”