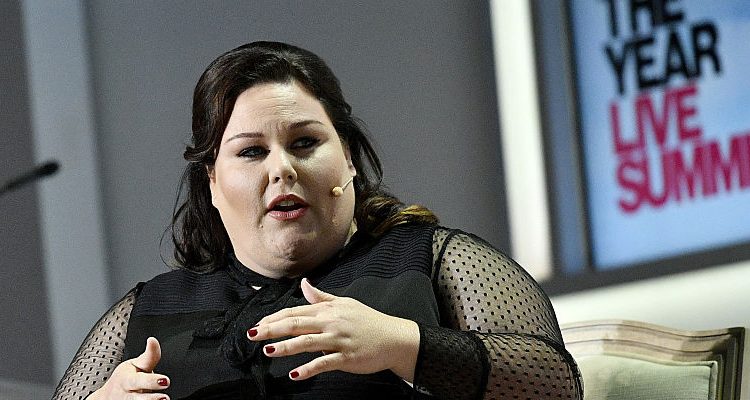 Chrissy Metz of the new hit television drama This is Us has revealed that she is actually under contract to lose weight as part of her character’s growth and transformation. While that might sound harsh and stressful, it may be a blessing in disguise for a person who has struggled with losing weight on their own.  The actress is surrounded by people who want her to succeed and will help her get the right tools to ensure her weight loss journey is a success.

“That was a win-win for me,” she recently shared with Entertainment Tonight.

Kate, Metz’s character on the show, revealed in this week’s episode that she has already lost one pound, though there is a lot more of that to come over the course of the season. The character needs to lose weight to show her increasing confidence and motivation to make changes in her life, and Kate’s weight has been holding her back in her life in many ways.

It’s tough for plus-sized actors to find work in Hollywood, so this role is a fortunate opportunity for Metz, 37, even if it did come with very definite string attached to it. The physical transformation is going to come by way of a strict diet and exercise, the only two ways to lose weight and keep it off. No magic pill will ever replace a good sweat and proper nutrition. Metz appreciates having the weight loss tied to her television contract because she admits it is one thing to do something for yourself, but another when other people are involved—it makes it easier.

Metz explained to ET why she thinks her character resonates with viewers. “I think everyone has shame about something….Everyone can relate to that because we all have something that we’re like, ‘God, I can work on that or I wish I was better at doing this.’”

The actress does not want to do anything drastic, though, and plans to lose the weight in a safe and well-planned way. That means it will be a slow process, but slow and steady do often win the race. She couldn’t really lose a ton of weight fast anyway because she needs to follow the trajectory of the show and how the writers see her character progressing. Metz has reportedly started exercising for 35 minutes a day and making changes to her diet.

Co-star Milo Ventimiglia is even lending a helping hand in Metz’s weight loss journey. He has been teaching her to do an exercise called Rise. She told People Ventimiglia has been doing it for seven years and he doesn’t look too bad. No, he doesn’t; so it’s well worth a shot.

Metz’s body positivity is evident on the show and in her character, and she wants to assure fans she is still happy with who she is and how she looks. But she admits that she has struggled with her weight since she was a little girl, and when she hit 30, she decided to make some changes—for herself—and now seems to be the perfect time to make it happen.

“Chrissy Metz reveals she is under contract to lose weight for ‘This Is Us’,” Fox News web site, November 18, 2016; http://www.foxnews.com/entertainment/2016/11/18/chrissy-metz-reveals-is-under-contract-to-lose-weight-for-this-is-us.html, last accessed November 22, 2016.