Home > Advice > Chrissy Metz’s This is Us Weight Loss: Actress is Body Positive But Doesn’t Mind Losing Weight for Her Role 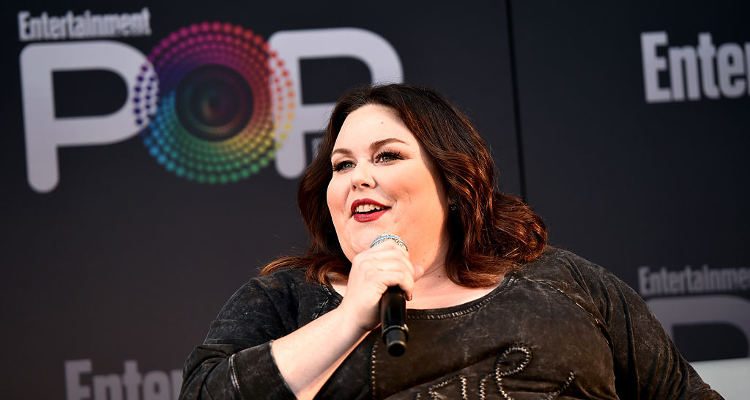 Actress Chrissy Metz made headlines after it was revealed that she may be contractually obligated to lose weight for her role of Kate Pearson on the hit NBC comedy drama This Is Us. The 36-year-old Metz has dealt with weight issues, and her character Kate just so happens to be on a weight loss journey to obtain a healthy weight. Kate struggles with weight issues and even attends Overeaters Anonymous meetings.

Chrissy Metz originally said in an interview with TVLine that in order to portray a woman working to lose weight, she was required to agree to lose weight in real life for the storyline. Metz later said on The Ellen DeGeneres Show that weight loss wasn’t mandated in the contract, but she knew she was going to drop weight due to the trajectory of her character.

How Does Chrissy Metz’s This Is Us Character Kate Lose Weight?

Chrissy Metz told DeGeneres that losing weight was something she wants to do, and not just for the show. DeGeneres asked Metz about a recent episode where Kate decides to get gastric bypass surgery. Metz has remained silent about how that would play out in real life.

Basically, Metz thinks that the surgery is a quick fix and is not necessarily the best approach to weight loss. Gastric bypass surgery helps with weight loss after changing the way the small intestine and stomach handle the food a person eats.

After surgery the stomach becomes smaller and you feel full with eating less food. This means that the food you eat no longer enters parts of your digestive system, and therefore, the body will not get all the calories from food while some nutrients will not be absorbed.

Metz says Kate wants a quick fix because it is not about the food. The food is a symptom of a deeper emotional problem.

The actress added that weight loss for This Is Us is a win-win because it is harder for her to accomplish weight loss alone. Metz says that as humans, people are likely to do something for others rather than for themselves. Metz believes that everyone has shame about something in life, whether it is a lack of communication within a marriage, a lack of a relationship with a child, or even their weight.

The topic of a lack of self-confidence is very relatable for Metz, and many at some point likely wish to improve some part of their life. Metz says she wants do things for her health on a physical, mental, and emotional level that can help improve her life.

Visibility of Overweight Actors in Hollywood

Metz believes there is a shift in television and says people still think it is weird to see overweight actors in main network TV roles. Also, the actress added that the more average or plus size actors are on TV the less people will think it is an issue.

Mike & Molly was another popular TV series that focused on a couple that meet and fall in love at an Overeaters Anonymous group in Chicago.

Actress Chrissy Metz’s other TV appearances have included American Horror Story: Freak Show (2014-2015), Huge (2010), May Name Is Earl (2008), All of Us (2005), and Entourage (2005). This is Us is Metz first starring role in a TV series. The show also features Milo Ventimiglia, Mandy Moore, Sterling K. Brown, Justin Hartley, and Susan Kelechi Watson. Chris Sullivan also portrays Toby, who is Kate Pearson’s on-again, off-again boyfriend on the drama series. This is Us airs Tuesdays on NBC at 9 p.m.

Sources:
Ng, P., “EXCLUSIVE: Chirssy Metz Calls ‘This Is Us’ Contractual Weight-Loss Rumors ‘Weird,’ Teases Fall Finale,” Entertainment Tonight website, Dec. 5, 2016; http://www.etonline.com/news/204299_chrissy_metz_calls_this_is_us_contractual_weight_loss_rumors_weird/.
French, M., “Chrissy Metz Is Ready and ‘Excited’ to Lose Weight for ‘This Is Us’: “Like Most Actors, We Are Chameleons,’” US Weekly website, Dec. 1, 2016; http://www.usmagazine.com/celebrity-news/news/chrissy-metz-is-excited-to-lose-weight-for-this-is-us-w453372.