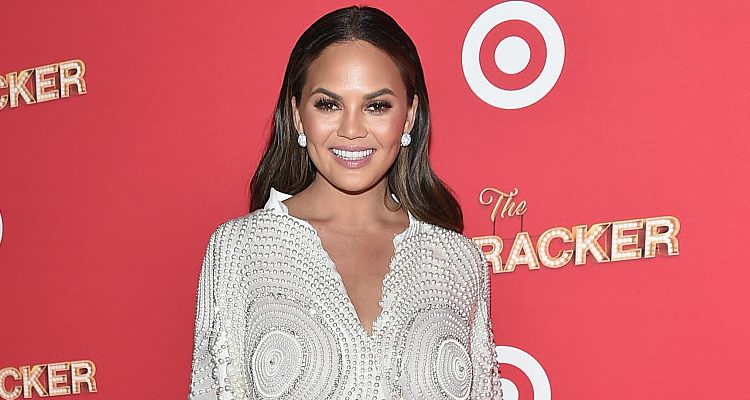 The super funny and super sexy Chrissy Teigen, wife of John Legend, showed off her hourglass body in an Elle photoshoot. Teigen is known to speak her mind, and in her interview with Elle Australia, Teigen didn’t hold back on her views of feminism.

Teigen showed off her bikini body during the shoot, which she may have obtained through a low carb diet, trying a lemonade diet-esque cleanse, and completing the Physique 57 workout.

It’s no surprise that Teigen loves food and especially loves to cook it – she has her own cookbook! So in order to burn off her love of cheesy pasta and chicken wings, Teigen reportedly completes the Physique 57 workout.

The goal of Physique 57 is to eliminate toxins from the body while enhancing curves. She follows the classes a few times a week and is a big fan of group fitness as opposed to sweating alone.

Healthy Celeb reports Teigen also tried the incredibly popular SoulCycle spinning class but couldn’t push past 20 minutes as she was completely exhausted. Therefore, the model and mom hasn’t attended a class since.

Teigen doesn’t deprive herself, but the general diet that she tries to adhere to is a low-carb diet. Teigen will tighten up her diet prior to a shoot, which means avoiding sugary or salty foods as they make her eyes appear puffy.

Teigen relies on high-protein foods in order to keep her body nourished like avocados, eggs, turkey, and bacon. She is known to eat high-fibrous salads and sashimi.

Teigen does not condone starvation-like diets, but as a means to shed extra pounds quickly while detoxing her body, she will stick with the Blueprint cleanse. The diet lasts for 10 days, during which Teigen will consume three super nutrient-dense green juices: one pineapple, one cashew milk, and a spicy lemonade concoction made with lemon juice, maple syrup, and cayenne pepper.

Even after having her daughter, Teigen managed to get her bikini body back in no time. This is because the model avidly worked out five days a week throughout her pregnancy. People reported that Teigen was working alongside trainer Simone De La Rue, who explained to the magazine that Teigen is very dedicated when it comes to her workouts. De La Rue said that the workouts Teigen took on while pregnant were modified but mainly included upper and lower body exercises.

De La Rue had this to say about Teigen’s pregnancy workouts, “You need to have strong arms because you’re going to be lifting the baby, so I use the resistance bands with her and we do bicep curls and tricep curls and some extension. We use 3 and 5-lb. weights to do flies and overhead presses, really working on strengthening the shoulders and chest as well so that she’s ready to hold the baby.”

As you can see, Chrissy Teigen can enjoy all of her favorite foods because she is incredibly dedicated to her workouts. Furthermore, Teigen knows how to enjoy her favorite dishes in moderation rather than overdoing it. For these reasons that is how Teigen manages to look amazing.

“’I think some men are scared of feminists!’: Chrissy Teigen discusses equality and motherhood as she flaunts her physique in a bikini and crop top for new Elle magazine shoot,” Daily Mail website, December 19, 2016; http://www.dailymail.co.uk/tvshowbiz/article-4046944/Chrissy-Teigen-says-men-scared-feminists.html, last accessed December 19, 2016.