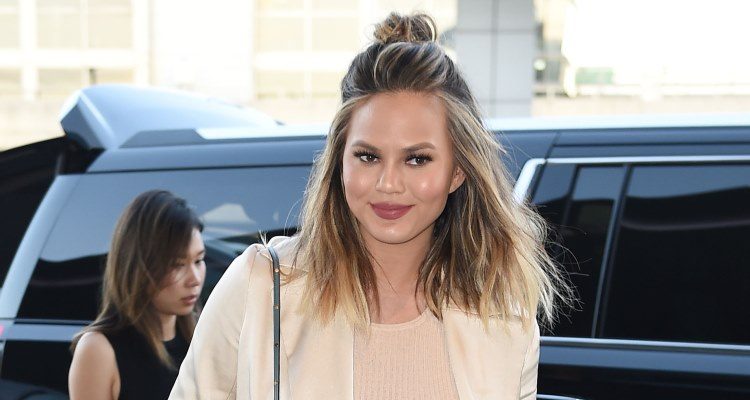 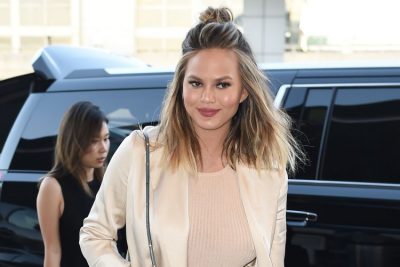 Chrissy Teigen loses pregnancy pounds like her husband John Legend makes music: extremely well. The model/author/food lover/consummate Twitter trender lost her baby weight fast; leading many to wonder what kind of food was in Chrissy Teigen’s post-pregnancy diet. The truth is that it’s nothing special, and the key might have been some information that came from Chrissy Teigen’s trainer Simone De La Rue: workout when you’re pregnant. 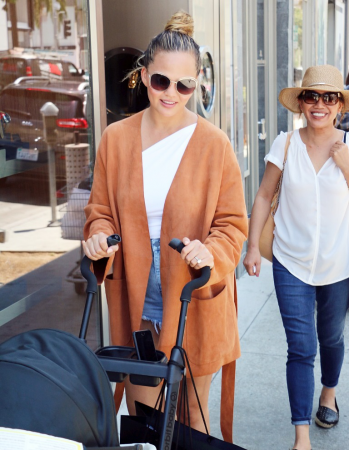 I need to make it extremely clear that Chrissy Teigen has amazing genetics: she knows this and her trainer knows this. And because of this, Chrissy Teigen’s post pregnancy diet and exercise routine might be underwhelming. She’s gone on record saying she hasn’t really worked out after giving birth and that she’s not on any kind of special diet program.

She worked out a lot during pregnancy so the weight would fall off fast afterwards, and her diet has remained relatively consistent. Chrissy Teigen’s post pregnancy diet and meal plan, therefore, doesn’t really exist.

She describes her diet as “Paleo with Cheese,” and told Elle magazine that her most frequented grocery store stops are the meat and produce departments. That means a lot of protein, natural fats and plenty of fresh fruits and vegetables. Chrissy Teigen’s low carb diet makes it difficult for her to store fat, especially with her superior genetics.

As far as exercise goes, she also told People she exercised more while pregnant than she did when she wasn’t! This is a very smart approach because it kept her body fit while carrying her child, so she wasn’t accumulating much extra fat—the food she was eating was going to feed her and her baby, not her fat stores.

Although it might seem counter-intuitive, working out while pregnant is safe for the baby as long as you’re not applying direct pressure to the stomach area. You’ll also burn more calories because of the extra baby weight! Because of her training schedule while pregnant—four to five days a week, Chrissy Teigen’s current weight is not much different than it was before she became pregnant.

So when you’re carrying a baby it’s important to keep this word in mind: cardio. You want to get your heart rate up so it burns calories, and this can be done with dancing, spin classes and other low-impact cardio. You can continue to workout in the gym regularly, too, just avoid things like crunches or any movements that require you to be on your stomach.

Patience is also extremely important, because most people won’t bounce back from childbirth as quickly as Chrissy Teigen. Remember that it took nine months to put the weight on, so it’s not going to come off in a few weeks.

You also don’t want to risk injury, so avoid trying to shrink your stomach with sit-ups and crunches. When you get back into your fitness routine—maybe six to eight weeks after giving birth—start slow and progress appropriately. To tighten your tummy, use planks and plank variations right off the bat to prevent injury.