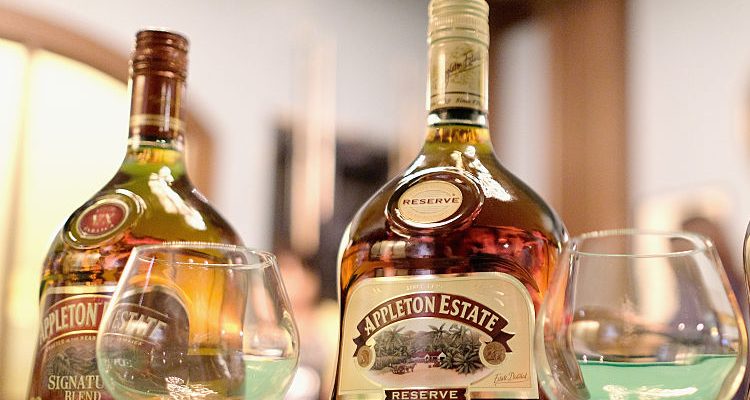 What says the festive season more than Christmas eggnog and rum recipes? Many people will get into the Christmas spirit with the classic holiday beverage of eggnog with rum. The holiday is often not complete without a few eggnog alcoholic drinks.

Eggnog is originally a drink from England, and some believe it developed from a medieval European beverage made with hot milk. The word “nog” may be from the word “noggin,” which is a Middle English term for a small, carved wooden mug used to serve alcohol.

Although the best alcohol for eggnog is thought to be rum, eggnog was once popularly mixed with sherry or brandy. Bourbon became a popular substitute for alcohol in eggnog after the American Revolutionary War, when rum was on short supply at that time.

Eggnog is generally served cold, but is considered a winter drink since it warms the body with its spices like cloves, nutmeg, and cinnamon. To make eggnog, you will use either cooked eggs or raw eggs. Traditional eggnog uses raw eggs, but to avoid tainted eggs, some are cooking eggs for eggnog instead.

What is the best eggnog recipe? Eggnog can be made the traditional way, or you can substitute some ingredients to avoid possible food allergens or sensitivities. Try the following alcoholic eggnog recipe below. You can also try an eggnog dairy-free recipe as well.

How to Make Classic Eggnog

For those that prefer traditional eggnog, try the following thick and creamy recipe. Keeping your eggnog non-alcoholic will allow your beverage to keep for a few days in the refrigerator. If you would like to store it up to a week, you can mix the alcohol before refrigerating it.

Ingredients: 4 eggs (separate and save the yolks and whites), 1/3 cup of brown or regular sugar, and a tablespoon of extra sugar, 2 cups of whole milk, 1 cup of heavy cream, 1 tsp. of freshly grated nutmeg, 1/2 tsp. of ground cinnamon, 1 tsp. of rum flavored extract or spiced rum.

Directions: In a large bowl use a mixer to beat egg yolks until it is light, and slowly add the sugar and continue to beat until the sugar has dissolved.

Next, add the milk and whipping cream, cinnamon, nutmeg, and run flavoring, and stir to combine. In another bowl, beat the egg whites until they form soft peaks, and mix it into the milk and egg mixture.

Chill for several hours or overnight, and pour into serving cups and dust with cinnamon or nutmeg.

How to Make a Holistic Eggnog Recipe

Eggnog is literally for everyone, even if you prefer to avoid dairy or eggs. For a holistic-oriented eggnog recipe, try this unique and healthy method below.

Ingredients: 5 organic egg yolks or 1 1/4 cup of a no egg natural egg replacement, 2 cups of pastured, full fat raw milk or substitute with almond, coconut or cashew milk for a dairy-free option, 1/4 tsp. of ground nutmeg, 1 tsp. of coconut sugar or pure cane brown sugar, 1/4 to 1/2 tsp. of ground cinnamon or a drop of cinnamon essential oil, 1 tsp. of vanilla extract, 1 tbsp. of coconut oil, 2-3 tbsp. of maple syrup, 2 tbsp. of spiced rum

Directions: If using egg substitute, beat it with sugar in a large bowl. Add the mixture and the remaining ingredients to a blender, preferably high-powered, and process until it is smooth and foamy. Pour it into a cup, and add some more nutmeg and cinnamon.

You have the option of chilling your eggnog in the refrigerator for several hours or overnight before serving.