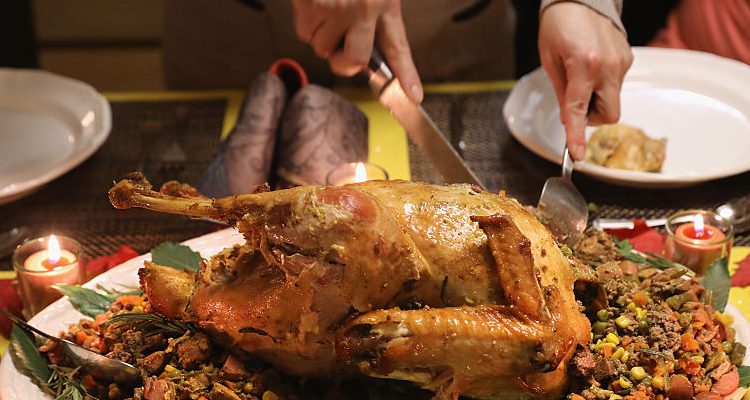 The Internet is flooded with Christmas food ideas and if you are determined to find the perfect holiday meal, we’ve got it right here. Explore a complete Christmas eve dinner menu for your holiday get-together. It includes a starter, a main course and also a dessert.

Theese crispy potatoes are a perfect for Christmas Eve and the recipe can be made in minutes.

In large pot put enough water and add potatoes. The water must cover potatoes by two inches. Add one tablespoon salt and cover the pot. Bring to a boil on high heat. Uncover and simmer for 30 minutes or until tender. Drain well.

Sprinkle one-forth teaspoon salt on the crisps and arrange on serving platter. Drizzle with butter and sprinkle with parsley.

This lasagna is full of veggies and low in calories, too. This dish will not leave you feeling guilty!

Heat oil in a medium skillet over medium heat and add onions to it. Add one-forth teaspoon of salt and pepper. Cover and cook until it becomes tender, stirring occasionally.

Add the garlic and cook for one minute and stir in the parsley. Puree the cottage cheese and broccoli in a food processor until smooth.

Transfer it to a bowl. Add the onion mixture, Parmesan, lemon zest, half cup mozzarella and one-forth teaspoon each salt and pepper, and then fold in the spinach and basil.

Spread half a cup of marinara on the bottom of an 8-inch square baking dish. Add noodles on top of the sauce and about half cup sauce over the top. Dollop with half the broccoli mixture.

Cover tightly with nonstick foil and bake for 20 minutes. Remove the foil and bake until the noodles are tender and the top is golden brown, 12 to 15 minutes. Let rest for five minutes before slicing.

One and a half cup heavy cream
One-third cup of eggnog
One pound cake
12 oz. frozen raspberries
Half cup sliced almonds

In a four-quart trifle bowl, layer half of cake, one-third cup eggnog, raspberries, and half of cream mixture.

Repeat the layers and top with almonds.

Have a wonderful Christmas and enjoy your festive meal with the easiest Christmas food ideas ever!