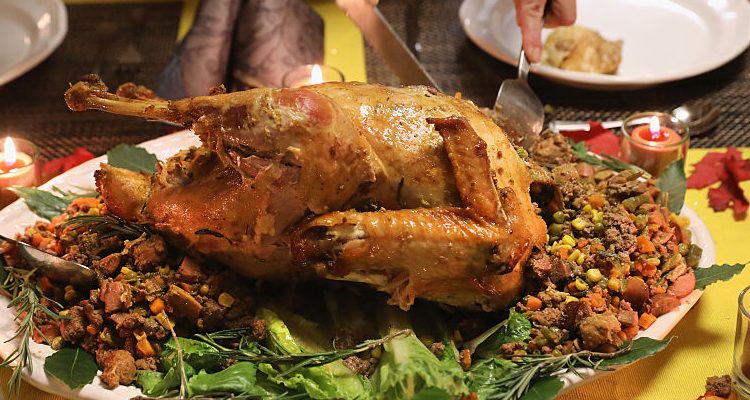 Preparing the perfect Christmas Eve dinner can take a lot of time and effort, although it doesn’t have to be that way. In fact, as Christmas 2016 approaches, there are new and old recipes alike that are surfacing, and they promise flavorful food without all the fuss.

Because the holidays are already pretty stressful, it’s important to go easy on yourself if you’re the one cooking for your family and friends.

Here are a couple of recipes for turkey stuffing that are tasty, unique, and easy enough to make. Stuffing is a perfect side dish for any occasion, but it’s especially popular during the holidays.

1. Heat the oven to 300° Break the cornbread into crouton-size pieces on a rimmed baking sheet and arrange them in an even layer. Bake the cornbread croutons until dry and golden brown, about 45 to 50 minutes. Next, toss them with the sage and 1/2 teaspoon each of salt and pepper. Increase the oven temp to 350°F.

2. Meanwhile, heat 2 Tbsp of oil in a large skillet over medium-high heat. Add the sausage and cook it while breaking it up into small pieces until browned, 6 to 8 minutes. Using a slotted spoon, transfer the cooked sausage to a plate lined with paper towel and drain. Wipe out the skillet after.

4. Heat 2 Tbsp butter over medium heat. Add the pears, increase heat to high, and cook while stirring occasionally until they just begin to brown—3 to 4 minutes (they should not be too soft). Add them to the bowl with the vegetables along with the sausage, parsley, and chestnuts and mix to combine.

5. Add the cornbread and sprinkle the chicken broth and wine over the top and let sit for 2 minutes.

6. Butter a 3-quart baking dish. Transfer all the stuffing to the dish and dot with the remaining 1 Tbsp butter. Sprinkle with the paprika. Cover the stuffing with foil and bake for 20 minutes. Then uncover and bake until golden brown and heated through, approximately 25 to 30 minutes.

Here is a list of pre-made and prepared stuffing mixes, which can be purchased at the grocery store, if you want something extra easy and can’t be bothered with turkey stuffing recipes.