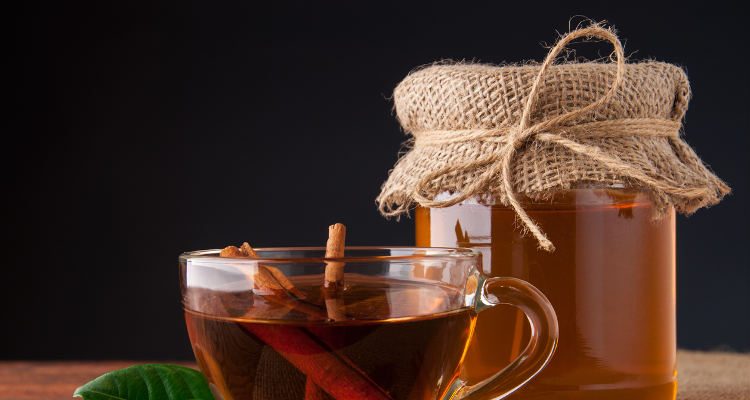 Sipping a cinnamon tea after a long tiring day has many benefits other than refreshing yourself. The health benefits of cinnamon tea will definitely surprise you making you want to include this spice in every meal. Keep reading to find out five incredible cinnamon tea benefits.

The spice which is often used in cooking not only adds aroma and flavor to any recipe but it provides ample of health benefits, too.

It also rectifies the effects of meals that are high in fat and slows any increase in blood sugar levels after a meal.

Cinnamon can fight fungus and bacteria commonly found in food. It can also be used to treat a number of infections like lung problems and colds. It helps with lung congestion by clearing up mucus. When used with other remedies, it helps in treating seasonal coughs and even bronchitis. Cinnamon also effectively fights against viruses.

Cinnamon tea benefits aren’t limited to fighting againt fungus and bacteria but it can also fight against the deadly HIV virus. Parikh says, “Research shows that cinnamon extract may help fight the HIV virus by preventing the virus from entering cells. Therefore, cinnamon extract could potentially contribute to the management of HIV.”

Firstly it can reduce blood pressure and have a positive effect on blood markers for those with type 2 diabetes.

Secondly, it can reduce insulin resistance.
Shane Ellison, a medicinal chemist and founder of the Sugar Detox says cinnamon removes sugar from the bloodstream by directly working on the muscle cells and converting it to energy.

Studies have shown that cinnamon works better than most prescription drugs as well.

4. Cinnamon as an Anti-Inflammatory

Cinnamon can reduce systemic and specific inflammation. Systemic inflammation leads to a rise in chronic disease which can be reduced with a regular cinnamon intake.

Specific inflammation occurs with low blood circulation causing pain, headaches, and arthritis pain which can be reduced with cinnamon consumption.

5. Cinnamon as an Anti-Carcinogenic

Parikh says, “Evidence suggests that cinnamon may have anti-carcinogenic effects as well, although the research thus far is limited to animal studies. These experiments demonstrate that cinnamon extract slows the growth of cancer cells and induces cancerous cell death.”

Cinnamon tea may benefit humans, too by slowing the growth of cancerous cells and killing them. The antioxidants and free radicals present in cinnamon can contribute to the anti-carcinogenic effects.

This tea has a soothing effect on your nerves and makes you feel fresh when consumed after a big meal. To derive maximum cinnamon tea benefits you need to simmer the cinnamon sticks for a longer time, about one hour.

Simmer ginger, water, and cinnamon sticks in a covered pot for an hour. Strain it and serve hot with honey. You can prepare the cinnamon and ginger tea eight hours ahead of time, just make sure to reheat it well before serving.

This cinnamon tea benefits you by improving your immunity to fight the common cold and other diseases.

Add water to a crock pot. Add all your spices and herbs in it and cook for at least an hour on high heat or a few hours on low heat. Add coconut milk to the mixture and stir.

You can serve it hot or let it cool down and blend with ice and a tablespoon of coconut oil for an iced cinnamon tea.