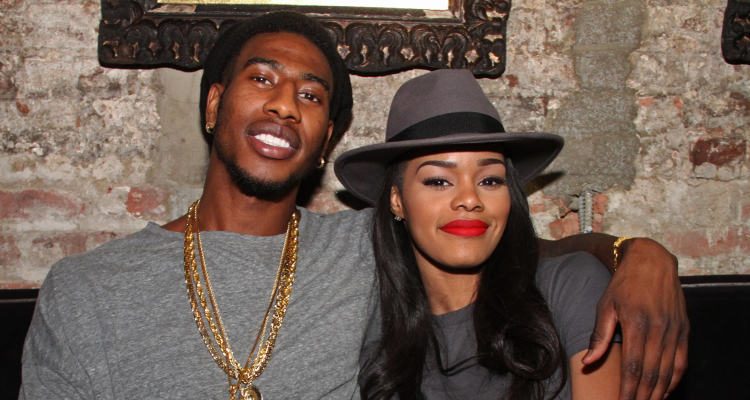 The Cleveland Cavaliers’ Kyrie Irving and Iman Shumpert helped lead their team to victory in the NBA finals 2016, and the two basketball stars have a yoga workout to thank for some of their incredible skills on the court.

However, both Irving and Shumpert do find time for some more fun exercises alongside their typical intense workout routine. Irving recently uploaded an Instagram picture of him and Shumpert doing yoga in South Beach, Miami.

Not only do the two teammates perform yoga, but Irving revealed that Shumpert also gets a little exercise by playing Pokémon Go.

Irving uploaded a silly Instagram video that shows Shumpert playing the game, using his phone to find new Pokémon as he walked along the beach in Miami.

While playing Pokémon Go is definitely not that much exercise for a professional basketball player, yoga is a serious training technique for Shumpert and Irving, as well as some of their Cleveland Cavaliers teammates.

In Miami, the two basketball players demonstrated one of their yoga positions, called Standing Bow. The position involves holding one raised foot behind your back, balancing on your other foot, and leaning forward into a stretch.

This move is typical of yoga, which incorporates exercises that require a combination of strength, balance, and flexibility, as well as mental focus.

Yoga can help with flexibility and balance, but it also has many other benefits for basketball players. In particular, yoga exercises like the Standing Bow can strengthen your core and abdominal muscles.

There’s a good chance that Shumpert and Irving learned about yoga through their Cavs teammate, Kevin Love. Love is a huge supporter of yoga, saying that it not only helps him keep his body more limber, but it also allows him to relieve stress and improve his mental focus.

Of course, Kyrie Irving and Iman Shumpert use more than just yoga to prepare for their time on the court. Intense workouts and healthy diets are important for the pro athletes.

For Irving, yoga is just one of many alternative training techniques that he uses to keep in shape. One of the ways that Irving improves his on-court skills is by practicing with a basketball wrapped in a plastic bag.

Irving says that this strange training technique makes the ball harder to grip and control, which helps him develop his skills. After practicing like this, Irving has better control of the ball in regular games.

For Shumpert, diet is one of the ways that he keeps in shape. Shumpert includes a lot of nutritious foods in his daily diet, including fruits, vegetables, and protein-rich meats. He enjoys eating spinach and ham omelets, salads, kale, fruit and vegetable smoothies, and fish, which is high in healthy fats.

So if you want to be in as good shape as Kyrie Irving and Iman Shumpert, don’t rely on walking around while playing Pokémon Go.

Regular exercise, a healthy diet, and yoga workouts can help improve your fitness level and bring you closer to the basketball pros.