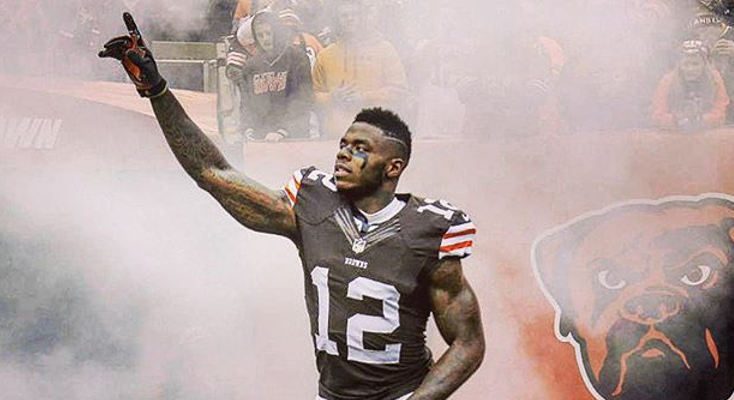 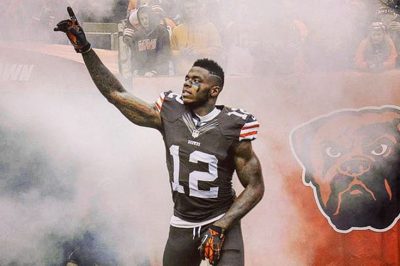 Josh Gordon has been given a fresh start with the Cleveland Browns. The Browns are welcoming their troubled wide receiver back to the team; however, his comeback won’t be easy. Josh Gordon’s weight loss is a top priority for the wide receiver. And what does his coach have to say about this? Hue Jackson on Josh Gordon weight loss: he needs to drop the pounds, stat.

Jackson hasn’t indicated how much weight loss is necessary for the 25-year-old Gordon. The Cleveland Browns web site currently lists Gordon’s weight at 225 pounds and his height at 6’3”. He also is a recovering from a quad injury, which doesn’t make the Josh Gordon comeback any easier.

It is not surprising that Gordon isn’t quite in shape for football. Gordon was suspended in 2015 for the entire season for violating several NFL drug policies, and he will be eligible to return to the Browns on October 3.

He is suspended for another four games in 2016, and he can return for Week 5 against the New England Patriots in Cleveland on Oct. 9. Gordon can’t practice with the team once the season starts until his suspension has been lifted.

Gordon was also suspended for 10 games in 2014 for violating the NFL substance-abuse and performance-enhancing-drug policy.

NFL Commissioner Roger Goodell informed Gordon on July 25 that he could rejoin the Cleveland Browns during training camp and participate in conditioning work and team meetings.

Jackson has noted that Gordon has done a great job off the field, in practice, and in the gym. Gordon clearly has something to prove considering how long he has been absent from the league. There may also be a benefit to being out of the game for so long: Gordon hasn’t taken a beating from his opponents, and that could mean he is fresher and ready to go.

That being said, Josh Gordon’s workout plan must prepare him for the upcoming season in a big way. He’s got to be stronger, bigger, and faster to outlast many of the defenders on opposing teams. Gordon spent most of the off-season working out at the EXOS professional training facility in Los Angeles.

Gordon has also been performing on-field drills like footwork drills through a series of colored cones and resisted five-yard decelerations. Josh Gordon’s diet has also got to be on top of its game if he is going to lose some weight. Gordon can be found after his workout sessions recovering with a protein shake.

There is extra motivation for Gordon’s comeback after his former Baylor teammate, Robert Griffin III, was named the starting quarterback of the Browns. The two have on-field experience together in college. But Gordon’s main goal is to remind other teams that he can still be the offensive force who was named to the Pro Bowl in 2013. That year, the receiver led the NFL with 1,646 receiving yards and 117.6 yards per game. In his three seasons with the Browns, Gordon has compiled 2,754 receiving yards and 14 touchdowns in 35 games.

The Cleveland Browns could use Josh Gordon’s 2013 offensive numbers. In 2015, the Browns finished last in the AFC North Division with a 3-13 record. The Browns have only made the playoffs once since the franchise returned to the NFL in 1999.