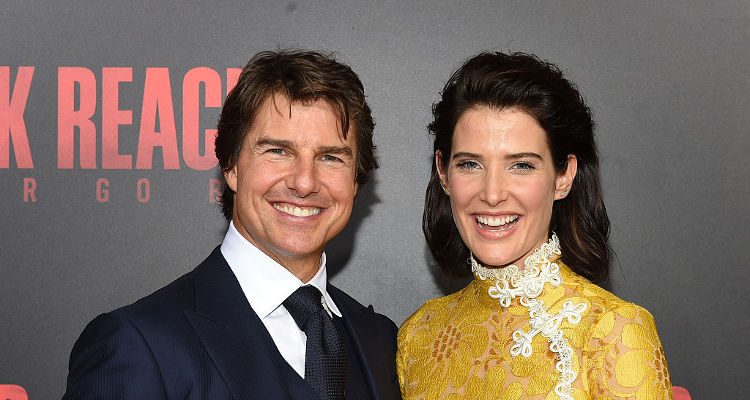 Cobie Smulders from How I Met Your Mother joined co-star Tom Cruise at the Jack Reacher: Never Go Back photo-call. Smulders, who is 34, stays very fit through a variety of different exercises. Here is a look into how the actress tends to her health and workout regimen.

Cobie Smulders loves working out. One of Smulders favorite things to do to keep her incredible figure is taking SoulCycle classes in New York City. She is a self-professed class junkie, and her favorite class is the one led by instructor Laurie Cole, who ramps up all her classes with HIIT intervals. Apparently, these interval classes are an effective way to increase heart rate in a short amount of time while still getting recovery periods in between. According to Cole, this burns fat and strengthens muscles.

Because of her love of SoulCycle workouts, Smulders also loves to get around New York City on a bicycle. She loves CitiBike, and says she loves how much of a sweat she gets from bike riding. She’s even used the city’s bike share program to commute to the set of one of her movie roles. This was effective not only for health reasons, but it also saved her from the volume of traffic in the city.

Smulders is also a hot mama and has maintained an incredible body even after giving birth. She opened up to Women’s Health magazine, saying that she didn’t spend outrageous amounts of time working out until she took a role as a personal trainer in the film Results. At that point, Smulders began to enjoy fitness. It really helped her take control of her body, strengthen it, and also feel more capable.

Smulders also admits that her love for exercise helps her deal with stress a lot better. It is an outlet for pent up energy, after all. This is a great idea for anyone struggling with a stressful life. It’s really important to take even 20 minutes of your day to stretch, do some cardio, take a yoga class, or even try taking a boxing class. Exercising releases endorphins—the feel-good hormone—which fights the blues and makes you feel good about yourself.

She also enjoys Yin yoga, which is a slow paced style of yoga that requires holding a pose or asana for a longer period of time, sometimes even up to five minutes for advanced practitioners. On average, holding a pose might last from 45 seconds to 2 minutes. This style of yoga is meant to be restorative and deeply relaxing.