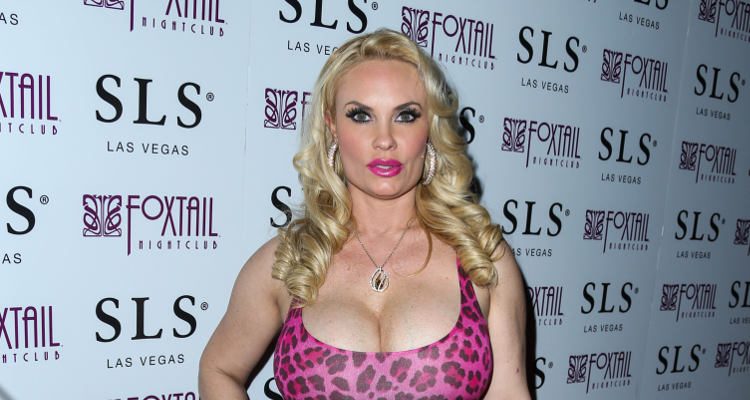 Coco Austin never looks dull or boring, and even after giving birth to her new baby she manages to work her bold look.

Coco Austin’s baby, whom she and hubby Law & Order: SVU star Ice-T named Chanel Nicole Marrow, was born on November 28, 2015. Nine months later, Austin sat down with E! News to share some of her personal secrets for staying fit after pregnancy—some of them might surprise you.

If you walked down the street and saw Coco Austin with a stroller, you’d likely think to yourself that she’s not your regular mom. Known for her curves, banging booty, bubbly personality, and dedication to hardcore gym workouts, Coco Austin is far from average.

This blonde bombshell has loved every minute of motherhood. When she was pregnant, Austin put her exercise routine on hold and didn’t go to the gym for close to two years, only getting back to it as of late.

During the early stages of her pregnancy, it’s reported that Austin did some light yoga and Pilates, but that was the extent of her exercise. She goes on to say that although friends and family are supportive of where she’s at fitness-wise, she doesn’t quite feel her best on the inside.

Her secret to keeping her weight under control and managing a healthy lifestyle includes eating everything she loves, just in moderation. That’s right, Austin still eats mac & cheese and some of her favorite desserts—she just knows when to stop and how not to overeat. This is otherwise known as portion control, or eating small portions instead of big meals. Austin is a big believer in dieting and thinks it’s pretty foundational to maintaining a healthy body.

Prior to her pregnancy, Austin was a follower of a fruitarian diet and consumed only fruits, nuts, and seeds, but no animal products whatsoever (it’s a vegan-inspired diet).

Some of her favorite fruits include blueberries, honeydew melon, and pineapple—all things she ate while pregnant. During her pregnancy, she was also sure to drink plenty of water and cut out all alcohol (obviously).

Austin took vitamins to ensure she was getting enough nutrients and minerals for both her and her growing baby. She would eat meals like turkey with mashed potatoes and gravy, goat cheese salad with chicken breast, and tacos with a side of rice.

To burn calories post-pregnancy, Austin says breastfeeding helps. It can be a double edged sword because even though she burns calories by breastfeeding, it also means she has to eat a bit more to ensure the baby is getting proper nutrients.

Another secret to staying fit after pregnancy? Sex. Not one to shy away from a question about her relationship, Austin explains that her sex life with Ice-T is still going strong despite their new baby.

Even though baby Chanel occupies space in their bedroom, the couple has a trusted method that allows them some time for intimacy. This is another creative way that Austin burns calories and we can appreciate her honesty.