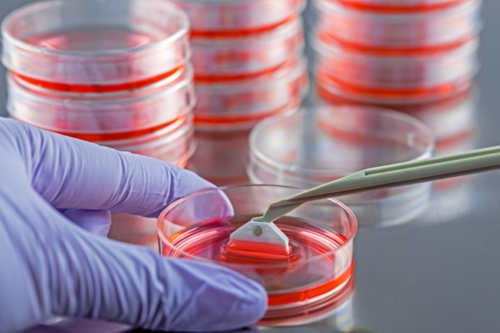 One of the more frustrating parts of science is that sometimes you can end up with a very clear connection but no way to adequately explain it. This has been the case for some time with obesity and colorectal cancer: a high BMI has been strongly associated with colon cancer risk, with the link stronger in men than in women. A study from the Massachusetts Institute of Technology and the Whitehead Institute may have found the possible mechanism behind this effect, and it all has to do with stem cells and fat.

Stem cells exist throughout the body and have captured scientific imagination because of their potential to develop into any other kind of cell and have a seemingly indefinite lifespan. Stem cells normally sit around being dormant until called into action to replace cells lost through injury or illness, and their eventual form is influenced by the other tissue cells that surrounds them. There are also what are known as “progenitor cells”, which are a sort of offshoot of stem cells. Progenitors are more limited in what they can turn into and are usually used to replace cells lost during natural attrition over time. One of the key differences between progenitor and stem cells is that progenitors do not live very long while stem cells appear to lack an expiration date.

A brief explanation of the study:

The findings are definitely intriguing and appear sound. There are however, a few caveats as always. The fat-fed mice had a diet with a much higher fat percentage than most Americans, and it does not appear that the scientists checked to see what threshold, if any, exists in dietary fat proportion. It is possible, for instance, that the amount of fat in the diet needed to provoke the observed stem cell activity is beyond that present in even obese Americans. Secondly, this is an animal study. While animal studies are extremely useful for research, it is important to remember that their findings do not always translate into human biology. It is possible that this stem cell activity-fat link is a mouse-only phenomenon.

None of these points are meant to detract from the study’s findings. It remains important, however, to make sure they are understood in the right context. This potential link between high fat diets and intestinal stem cells is intriguing and could open the road to possible cancer preventions in the overweight, but more research needs to be done before anything more can be said. At the very least, the main takeaway is that a 60% fat diet, which has never been nutritionally advisable, may become even less so.